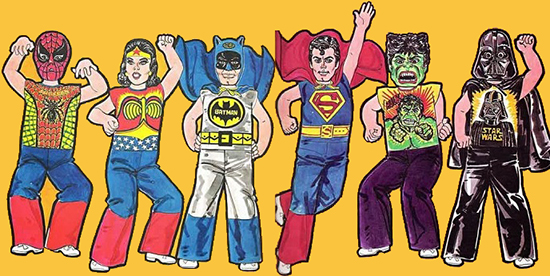 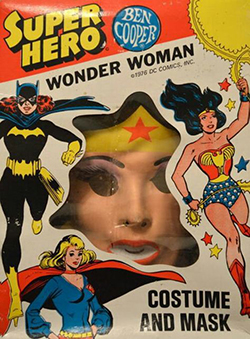 Riddle me this: what’s the difference between dressing up in a Halloween costume and doing cosplay at a comic con? Answer after my weekly rant.

Strap yourself in. We’re on another bumpy ride to my time-share condo on Memory Lane. 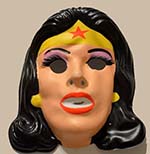 Time was, there were no “big-box” toy stores, or “big-box” stores at all. Toys R Us started (as such) in 1957 and before that, all we had was Woolworth’s – a large chain of small, wood-floored three-aisle neighborhood stores where you could buy just about anything, except at certain locations if you were a black person in need of lunch. The back half of one aisle was devoted to toys. That wasn’t a lot of space compared to Target and Costco and contemporary outlets. But, hey, I was a little kid. By my standards, that half-aisle was huge.

(An aside. Sometime around the Depression Woolworth’s started building two-story stores in the downtown districts of many big cities, and they lasted until shopping malls made downtown shopping redundant. The chain went blooie in 1997 and the owners converted a lot of them to Foot Lockers. Toys R Us filed for bankruptcy protection last month … and most shopping malls aren’t looking too good either.) 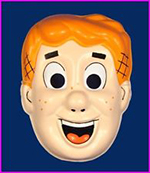 So, back in those thrilling days of yesteryear when Halloween came around our parents took us to Woolworth’s to get swathed in gaudy costuming. The unlucky kids were taken to the arts and crafts area where they could get material for some sort of home-made illusion. The lucky kids got to buy “professional” stuff made by one of a number of different companies, usually focusing on monster imagery that was in the public domain. But the lucky comic book fan kids got costumes made under license from the Ben Cooper company. 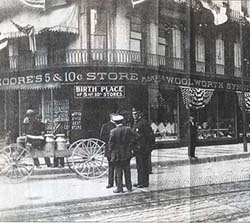 There wasn’t a lot of comics merchandising in those days. Actually, there was hardly any you could count on – some cheaply made tchotchkes masquerading as toys, some licensed food products… and Ben Cooper. That company had the licenses to Superman, Batman, Robin, Wonder Woman, and Archie. Later, they also acquired the licenses to Spider-Man, The Hulk, and other Marvel characters. So, in a way, the first DC/Marvel crossover happened at Woolworth’s. 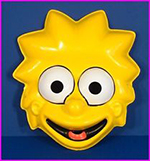 Parents liked ‘em, probably because they sold for a buck and a half a piece. Kids loved ‘em, even though the costumes really didn’t look all that much like the real thing. That didn’t matter to us. We were starved for comics product. A few parents were concerned that these cheaply made costumes might burst into flames, which might be why we didn’t see anything with the Human Torch. Remember, back then most parents smoked cigarettes – as well as some kids – and the idea that a wayward roll-up could ignite your child was merely a risk taken on with your addictive behavior.

There really was a Ben Cooper, and he did know a thing or two about the business. He had designed costumes and sets for the Ziegfeld Follies and for the Cotton Club back in the day, and he was smart enough to sign on when Disney did its first big merchandising push in the mid-30s. Over time, Cooper acquired the rights to such “characters” as Davy Crockett, Zorro, John F. Kennedy, Jacqueline Kennedy, Richard Nixon, Ronald Reagan, C3PO and The Simpsons. 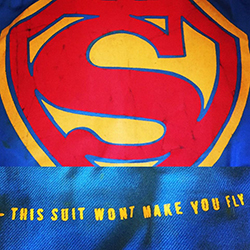 When I did my first run at DC Comics in 1976, I learned four of the top five merchandised characters were Batman, Superman, Robin and Wonder Woman. Why Wonder Woman, I wondered alliteratively? Simple. Male kids wanted the various male characters, and female kids wanted the one and only female character – not counting generic princesses, witches, and Jackie K. Through its Licensing Corporation of America subsidiary, DC was able to sandwich WW in with Superman and Batman despite the fact that they were having a very hard time selling the Wonder Woman comic book. That licensing revenue went a long way towards paying the Marston family their annual dues, and it certainly kept the comic book alive.

This year the top Halloween character is Wonder Woman, and the second is Harley Quinn. We’re not just talking about kids anymore, but, still, I think it’s pretty cool that this year of all years the women are ruling the roost.

Oh, yeah. You might see a few Donald Trump doppelgängers next week, but I’m not sure that’s necessarily a compliment. I’m also uncertain who sells the merchandising rights to that character.

Riddle me that: The difference between dressing up in a Halloween costume and doing cosplay at a comic con is… candy. And a somewhat reduced likelihood of harassment.