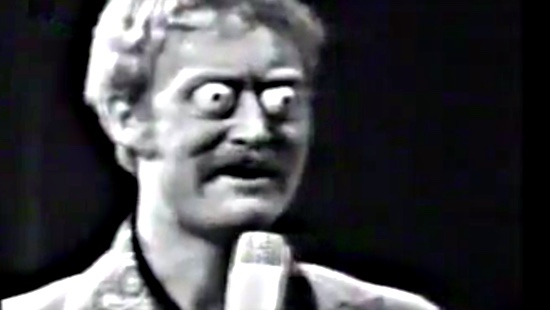 A short one this week, because I’m not here.

Whereas I am now completely exhausted, I had more fun than a monkey with whippits. I saw lots and lots of good friends and co-workers, made some new ones, and I seem to have managed to avoid pissing off the usual number of people. I guess I’m maturing a bit – as evidenced by my now being exhausted. Of course, because I avoid flying these days I had my car so I took a few side trips along the way, including a great lunch and great conversation with some great folks in Chicago – you might have seen the picture on FaceBook. And it’s always fun going back to the old homestead.

So, other than some sadly not-malicious gossip, I am woefully uninformed about what happened in the comics world this past week… if anything. Anything new, that is. So, no posturing and politicking from me this week.

The main reason I still go to comics conventions after – gasp – 49 years is to talk with the fans. Sure, I do some business when I have to and I sign a lot of comics, which is good for the ol’ self-esteem. But being able to get into one-on-one conversations with the folks who read the books, watch the movies and teevee shows, invest time in deploying our medium in educational and expansionist activities… you just can’t operate in the public media without having a clue what the “end-users” desire, and what they don’t care for.

As our audience has become more and more diverse, this quest for input becomes all the more important. Well, at least to me and those who are charged with putting up with me.

So, I thank everybody with whom I spoke these past eight weeks. You improve our work, and you feed my ego. Whereas the latter is virtually insatiable, it’s all good.

Thank you, comics fans, convention promotors, somewhat bewildered reporters and my companion denizens of the donut shop. I might be exhausted right now, but it’s a good type of exhaustion.