Marc Alan Fishman: “Tales from the Multiverse: The Alt-Left” 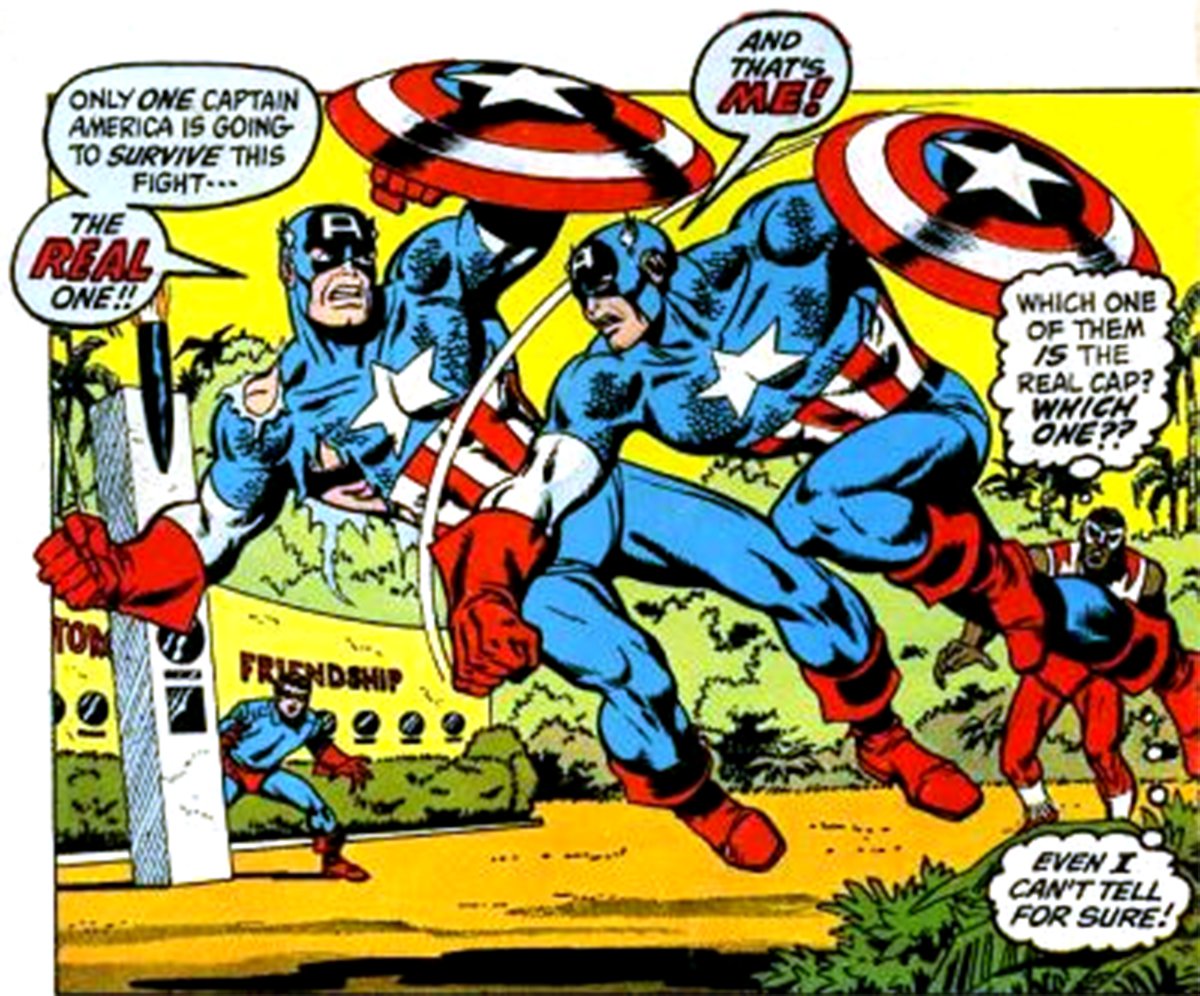 With all the stupid that has recently infected our news feeds and such this past week, I’d be remiss to admit I didn’t at least try to find something comic-related to rant about today. I read about half of John Ostrander and Tom Mandrake’s Kros: Hallowed Ground graphic novel – but wouldn’t have anything cathartic to say about it as I’m numb from the dumb. I learned how to make my own salad dressing – but I doubt you’d really care about it or Whole 30. I read all the articles about how Justice League was getting some nifty reshoots to fix errant tonal problems – but again I digress: why sit here and rant about a movie that isn’t out yet, when our glorious leader took to the press and created a new villain for our weary nation!

I won’t regurgitate the circumstances that led the mighty Twittler to coin the phrase “Alt-Left” this week; the odds are in my favor you couldn’t hide from the forthright gaff. Let’s just go in media res here, and talk about the elephant in the room.

Points to me, by the way, for using elephant in the room, as a punny turn of phrase for our Republican Fascist-In-Chief.

The Alt-Right movement, such as it is, is a grotesque that uses rope, leather, and chain to bind white nationalists, white supremacists, and vanilla-ice-cream-only lovers to slough across the land in hopes of finding a way to make it great again. For those playing at home? That was a killer reference to Kros: Hallowed Ground. The Alt-Right likes to postulate that our nation – the one founded by people seeking freedom to live as they saw fit in a religious system they preferred over the one they chose to flee from – is better off as an insular island of a single race and single religion.

Devoid of minorities (racially or religiously) the Alt-Right sees a prosperous and strong country with a rich celebrated history of capitalism and a mighty military. A place where you get rich because you pull yourself up from your boot straps, make a fortune, and only pay enough taxes to keep the lights on (or whatever). Other nations fear us, and do business with us because they fear us. This is their dream scenario. And now, they have an arch-nemesis.

The Alt-Left movement, such as it will now become, is a even-grotesquer that uses smugness, gay-loving, and NPR to bind progressives, LGBTQ folk, and only-artisanal-gelato lovers to slough across the land in hopes of finding a way to smite the Alt-Right. With their cat-ear hats, and pink-batons, they incite violence for those (who through legal channels) were peacefully protesting.

For you see, the Alt-Left interjected and caused the violent outbursts in Charlottesville; they didn’t understand that the Alt-Right legally had permits to encircle their counter protestors and shout hate-speech at them. They didn’t understand that the Alt-Right were there to use their freedom of speech, and promises of violence only ceremonially. The Alt-Left, of course, is known to use their fake news to circumvent these truths. You heard it here, folks. I’m telling the truth.

To date, there had never been a name for the Alt Left. President Trump has the best words though; Crooked Hilary, Lying Ted, Little Marco. His ability to deconstruct a foe and rebuild them with simple nomenclature is a thing of beauty. And let’s call a spade a spade: Hilary Clinton has a few dubious marks on her career. Ted Crux lies. A lot. And Marco Rubio is kinda short. I guess. Hence the naming of this previously-unknown beast has shown the light to the true villainy of this nation! The loquacious hydra that seeks to destroy the President who won so many more votes than literally any other candidate ever in the history of this nation!

But therein lies the problem, my friends. I went searching – yes, even on the dark web – and couldn’t find a single Breitbart-for-queers. There wasn’t a single hate-group built on the idea that healthcare is a right, not a privilege. And while I found plenty of very vicious t-shirts proclaiming how gay the occupant of the garment was… I didn’t see a single one with a gun or bomb, or language that implied the use of it was necessary on the opposition. Hell, I even found one company making a comics anthology for that one service that tries to help women. But not a single mention of a backer reward of a molotov cocktail to throw at white nationalist march.

If you spot the Alt Left in the wild, please let me know. Until then: Stay vigilant!