Mike Gold: STEP AWAY FROM THAT KEYBOARD! 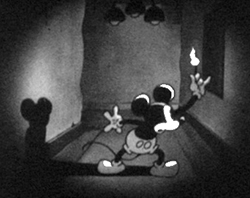 In the wake of the activities in Virginia this past weekend, I received a note from an old friend of mine wondering why he/she/it was being inundated with emails, tweets, and texts from a large body of people calling him/her/it a racist.

My friend is not a racist. I’ve known him/her/it for, oh, over 35 years and I can’t tell you about a single incident where I would categorize this person as being in the same time/space continuum as racist. So why so many bullshit communiqués?

Let’s make as if all Americans can be divided into two camps: conservative and progressive. That, in and of itself, is bullshit: there are plenty other designations that I can cite, and “racists” would be one of them. But, again, for the purpose of this column let’s put everybody in just these two camps.

Surprise! There are racists in both camps. And bigots, and sexists, and all sort of other people who possess vile and contemptible worldviews. We can argue which group has more, but that totally misses the point and, besides, who the fuck cares? This isn’t a football game, it’s life.

I understand why some progressives jump to the conclusion that if you’re very conservative, you must be racist. But you don’t have to be David McCullough to know the history, and making such assumptions are dangerously inhumane. As I said, people are people, and some of them suck. If you’re in favor of eliminating Obamacare (which would be stupid and hurt millions of people, and you are related to some of those people), that is not because you hate any group of people or all groups of people of which you are not a part.

Yet we have hundreds of thousands of Americans, maybe millions, who conflate conservativism with bigotry. Or progressivism with privilege. Why does this happen?

Simple. Anybody with a library pass can access a computer and rant and rave like Goebbels on crack. All it takes is a sharp tongue, the courage that comes from hiding behind a pseudonym, and a strong desire to believe and repeat anything that any other fool says that feeds their social paranoia.

No muss, no fuss, no shit. When it comes to free speech – and I’ve written this dozens of times before – I am an absolutist. My prevailing rule is that the utterers stand behind their babble, and of course, they can’t do this while hiding behind a nom de hatred. Oh, and if you’re lying or you failed to check out what you’re saying, you accept the legitimate consequences of your failure.

As we have seen this weekend, the time has come for all of us to back away from the keyboard for a bit and think of the consequences of our babble. Stop harassing people who you think do not think exactly like you do. It’s time to stop bullying people. It’s time to grow the hell up before somebody else gets killed.

And do it fast. This whole nation is becoming unglued.