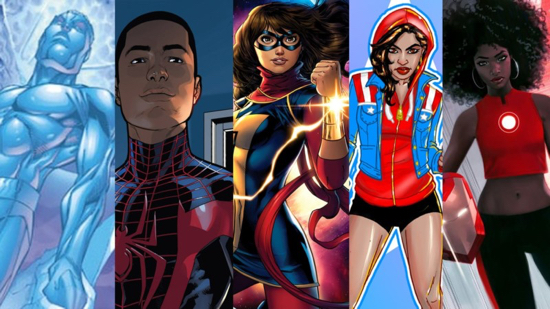 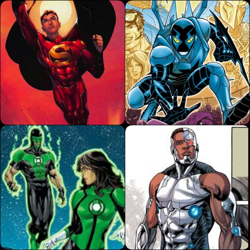 We talk about diversity a lot here at ComicMix, partly because it is often in the news, but mostly because it’s an interesting topic. Comics, like most popular entertainment, have generally been most lucrative for straight cis white men, but changes in demographics and delivery have made that less true in recent years. There are now visibly queer, non-binary people of different colors who are also expressing themselves in our medium, sometimes in ways that earn them money.

In other words, when we acknowledge that our society has many different facets and sub-cultures, we can fine-tune our marketing strategies to make even more money. In the process, we get more different choices in our entertainment. This “marketplace of ideas” is supposed to be the justification not only for capitalism but the First Amendment as well. 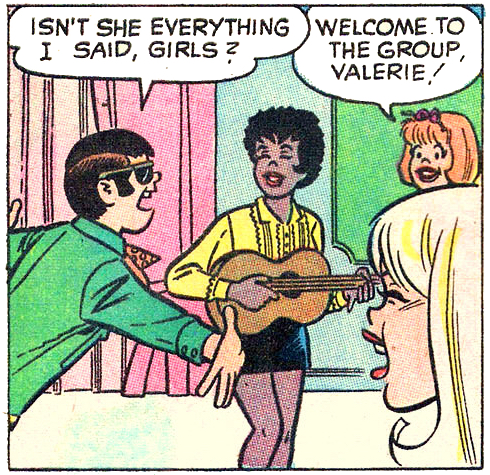 It’s not a perfect system. Hollywood, like so many others (myself included), will often find itself in such a rut of conventional thinking that they miss opportunities that would have enriched our imaginations and their bottom line. Still, the major studios move more quickly than their comic-book counterparts.

For example, in most cases, when an entertainment conglomerate was about to launch a superhero movie franchise in which they had invested hundreds of millions of dollars, they would do everything they could to arouse curiosity about the project. However, even though Marvel’s Black Panther film is coming out next February (Black History Month) and the trailer for it has been seen almost 100 million times online, the interest in the character has not been sufficient for the publishing side of the business. The World of Wakanda, written by the best-selling author Roxane Gay, was recently canceled, and it is not certain that a trade collection will be published.

Even if the single issues weren’t profitable, one would think the loss they caused would be just a small fraction of the total marketing budget for the character. And, in the meantime, people who were intrigued about the writer because she had just appeared on The Daily Show with Trevor Noah would be able to find something that might turn them into comic book readers.

Comics don’t market like that. Marvel and DC own characters, not writers. In general, they see no incentive to promote a writer, especially one who hasn’t been brought to the public’s attention by comic book publishers. There are exceptions (Ta-Nehisi Coates, for example), but they are few and far between.

Comic book marketing needs to change, along with comic book publishing and comic book retailing. I don’t know what it’s going to take for that to happen, but we must adapt or die. All retail businesses must do this.

If you read a link above, it’s about how Amazon’s purchase of Whole Foods might change the retail experience beyond simply Amazon and Whole Foods. The kinds of trips to stores we make might change, and our experiences within those stores might change. In some cases, we might interact with humans and in some cases, we might not. Our interactions with other humans might be more personal than simply handing a cashier items to be scanned, and might require conversations about our mutual wants and needs. In the process, the kinds of goods and services offered in stores might change as well. 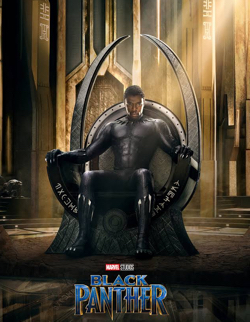 My pal, Mike Gold, frequently jokes about the impending demise of the bookstore at the hands of Amazon and other online retailers. I appreciate Amazon (no pants required), but I love bookstores of all kinds, and I hope he’s wrong. I like grocery stores, too, although I use them less and less for produce, preferring to shop at my local Green Market. If I’m going to go shopping in a store, I like to make my own choices based on what is in front of me and ask advice from someone whose expertise I believe. This is true whether I’m looking for sugar snap peas or something to read.

In my experience, which I sincerely hope is outdated, comic book publishers tend to think of their market as almost exclusively the direct market. When I worked at DC, if I would suggest a particular idea that would appeal to bookstores, for example, I was told that comic book stores would object to such an action. I understand that comic book stores are the largest customers for the product, but they are not the only customers. In fact, I thought that if I were part of the creative team who hoped to earn royalties, and I found out that a big chunk of potential customers for my work was being dismissed, I would be pretty angry.

Bookstores are bigger customers for comics than they used to be, but the business is still, for the most part, not designed for them. Too many publishers decide what to print solely based on single-issue sales, even though the way to grow the market is to provide products for readers in every format that might be appealing. If this means formats that are more appealing to new readers (like graphic novels instead of serialized fiction), give those a try. Certainly, DC, with its Earth-1 series, seems to be willing to take that tiny little chance. 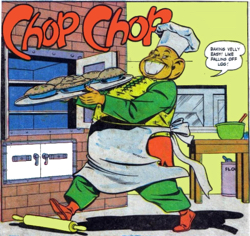 For the most part, however, corporate entertainment companies, at least those that include comic book publishers, seem determined to not only focus on superhero comics … but only certain kinds of superhero comics. They still target that straight, cis white guy, and in a way that seems, to me, to be guaranteed to turn off anyone else. My FaceBook friend, writer and editor Mariah McCourt, recently posted this (I have edited her post for brevity):

The alt-right sees diversity at Marvel Comics as a betrayal by Jews of the “white race.”

“Possibly the most perennial… “debate” in comics is about the sexualized imagery of female characters. For many decades now the depiction of female comic book characters has relied on sexualized exaggeration through a (mostly) straight male creator lens.

“What I have just said is a fact. It’s not an interpretation or an opinion, it’s a fact. … It’s not just true of comics, although it’s definitely one of the more obvious examples. Fine art also has a history of this, which is why there is the entire method & school of art critique that revolves around the concept of the ‘male gaze.’…

“For years now my issue is not that sexualized art exists, or whether that’s inherently offensive or even sexist. It can be and often is, but art having a sexual nature doesn’t bother me.

“What bothers me is when that is the default state of female characters and people try to deny it, excuse it, or otherwise wriggle around that reality. When they argue that all comic characters are exaggerated, as if there isn’t a significant difference in how and why and by whom and for which audience.

“Comics are a medium, not a genre. You can have sexy sex comics, in which case sexualized characters and art make a lot of sense. That would be a pretty understandable context for them to exist in.

“It makes way less sense, when you think about it objectively, to constantly walk a very fine line between softcore art in what are supposedly “mainstream” comics that do not exist to depict sex. They may contain sex, but they aren’t sex comics. So it’s pretty weird for them to constantly default female characters, and almost exclusively female characters, to exaggerated depictions that are clearly sexualized.

“It is also intellectually dishonest and not even borderline insulting to suggest that comics art cannot be critiqued because it is “not supposed to be realistic”. That is not a valid argument. That is a crappy deflection.

“Plenty of non-comics art is not realistic or exaggerated and it is subject to criticism. Van Gogh, Munch, Picasso. No art is above that. … It exists within the framework of its time, its creator, its intention, its execution, and more. Art does not get a pass. Art is not neutral or stagnant or banal. Or it’s not really art.

“This is all maybe even more true of commercial art, of art that is part of a collective zeitgeist or cultural movements, times, places, and creations.”

And then… let’s make those comics available where readers can find them.