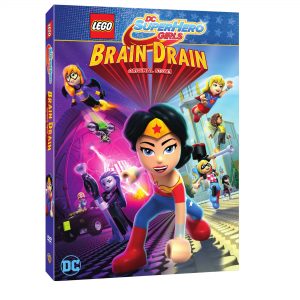 When Supergirl, Wonder Woman, Batgirl, Bumblebee and Katana suddenly realize they cannot remember a single moment from their Monday at Super Hero High, the young DC Super Heroes spring into sleuthing action! Suspecting foul-play, they band together to retrace their steps and uncover the mystery of who exactly stole their memories – and what nefarious plan might be afoot?