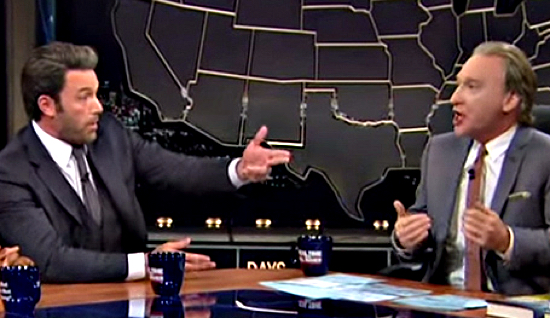 “I won’t be ig-NORED, Dan,” said Alex Forest (Glenn Close) to her illicit lover Dan Gallagher (Michael Douglas) in Fatal Attraction. And so said a large enough number of disconcerted people who were fed up with being ig-NORED by the political elite gathered around the Potomac basin to swing the Electoral College vote in favor of Donald Trump. Go fuck yourselves, they said. Bend over, said Trump.

It’s been one lie after another, one alternative fact after another, and one tweet after another since the inauguration, all to assuage the ego of the malignant narcissist who sits in the oval office. His sickophants trip over each other in their eagerness to obfuscate the truth and stay in their own bubbles of power. Erstwhile enemies, thugs, and bullies are welcomed and coddled and credit is taken where it is not due. Everything is upside down and inside out. And then this happened:

The Washington Post, Friday, May 26: “Jared Kushner and Russia’s ambassador to Washington discussed the possibility of setting up a secret and secure communications channel between Trump’s transition team and the Kremlin, using Russian diplomatic facilities in an apparent move to shield their pre-inauguration discussions from monitoring, according to U.S. officials briefed on intelligence reports.”

Reuters, Saturday, May 27: “U.S. President Donald Trump’s son-in-law and close adviser, Jared Kushner, had at least three previously undisclosed contacts with the Russian ambassador to the United States during and after the 2016 presidential campaign, seven current and former U.S. officials told Reuters.”

And what did his father-in-law have to say – I mean, tweet? “It is my opinion that many of the leaks coming out of the White House are fabricated lies made up by the #FakeNews media.” He also said: “Jared is doing a great job for the country… I have total confidence in him. He is respected by virtually everyone and is working on programs that will save our country billions of dollars. In addition to that, and perhaps more importantly, he is a very good person.” Which statement do you think reflects the real Donald? One is from the gut, the other, im-not so-ho, came from some political toady assigned to make Il Trumpci sound more erudite.

Get fucked, said the people to the Washington establishment.

Look, I know this isn’t a political site, and I’m supposed to be talking about comics and pop culture. But some days – and it’s becoming more and more difficult not to say every day – it’s really hard not to dwell on the way words like integrity and honor and truth are fading away from the American zeitgeist.

And this brings me to yesterday’s column by my pal John Ostrander.

I do not miss an episode of Real Time. I love Bill Maher. I love that he is not afraid to say what he thinks, despite – and maybe just because – he knows he has a large bulls-eye painted right between his eyes, that he would be among the first to be jailed, and maybe even worse if Il Trumpci could have his way and arrest journalists, as the New York Times reported on May 17 (“Trump’s Urging That Comey Jail Reporters Denounced as an ‘Act of Intimidation’”). Yes, I know Maher is a comic and a political commentator, but Il Trumpci is incapable of splitting hairs.

My love of Maher doesn’t mean that I always agree with him, and when I watched and listened to his diatribe during the “New Rules” segment, I was, at first, like John, angered and dismayed. I was surprised that he didn’t get it.

Just as in the Great Depression, when people escaped the misery of their lives by escaping to movies in which an impeccably tuxedoed Fred Astaire and gorgeously gowned Ginger Rogers danced and sang in front of a backdrop of fantasized night clubs and hotels and apartments, and the plucky and adorable Shirley Temple beat insurmountable odds to survive “happily every after,” today’s audiences seek relief from the constant negativity around them, and they (we) find it in super-hero movies and television shows. Not because they are waiting for “Star-Lord and a fucking raccoon to sweep in and save our sorry asses” (well, some, maybe, and if so, they have a long wait), but because underneath it all there is a yearning for the abstract principles we learned in Social Studies class or in movies like Saving Private Ryan and The Longest Day and even Camelot to be true – “not might is right, but might for right.” A yearning for “truth, justice, and the American way.”

He’s angry and mystified and screaming what the fuck!!?

But here’s another thought: Everybody needs a hero. And you, Bill Maher, and you, Stephen Colbert, and Samantha Bee, and Jimmy Fallon, and John Oliver, and Trevor Noah, and Seth Meyer, and every other comedic commentator, every public persona who speaks truth to power, are real superheroes; are Star-Lord and Superman and Wonder Woman and Iron Man and Black Widow and Captain America and Batman and Supergirl and The Flash and the Agents of S.H.I.E.L.D. They are Jessica Jones and Luke Cage and The Defenders.