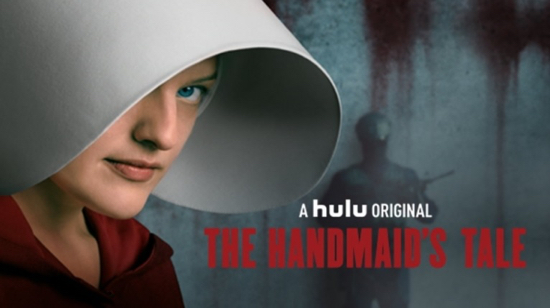 As I mentioned last week, the adaptation of Margaret Atwood’s The Handmaid’s Tale is now available on Hulu. The streaming site offered the first three episodes at once, and is now releasing the rest of the 10-part series on a weekly basis every Wednesday.

I decided to binge on all four episodes when I got home from work on Friday night. Don’t do this. Really, don’t. Unless you want to be haunted by the too many and too close parallels between a fictional world and this one. Unless you want your optimism hollowed out and replaced with dread when you realize that the show is goddamn too real. From the Washington Post, February 14, 2017:

“‘I believe one of the breakdowns in our society is that we have excluded the man out of all of these types of decisions,’ he said. ‘I understand that they feel like that is their body,’ he said of women. ‘I feel like it is separate – what I call them is, is you’re a ‘host.’ And you know when you enter into a relationship you’re going to be that host and so, you know, if you pre-know that then take all precautions and don’t get pregnant,’ he explained. ‘So that’s where I’m at. I’m like, hey, your body is your body and be responsible with it. But after you’re irresponsible then don’t claim, well, I can just go and do this with another body, when you’re the host and you invited that in.’”

These are the words of Representative Justin Humphrey, a Republican freshman in the Oklahoma state legislature, who has introduced a bill which would require that a woman get the written permission of the father – who would also have to be identified in writing to the healthcare provider – before having an abortion. The individual identified as the father would also have the right to demand a paternity test.

Note the word “host” as a description of a pregnant woman. This is exactly the same word and mind-think that is used to describe the Handmaid’s function in the world of the Tale. Elizabeth Moss, who stars in the series as the Handmaid known as Offred, told Rolling Stone magazine “that hits a little too close to home.” Amen, Elizabeth.

Another bill was introduced in that same session of the Oklahoma Legislature by Representative George Faught for a second time – House Bill 1549 would force a woman to go through a pregnancy despite the fetus having, or being suspected to have, a genetic abnormality, no matter how early the woman sought an abortion. Both bills passed out of committee, but have languished in the state’s Senate.)

Among the absolutely abhorrent and despicable and disgusting and shameful things that the Republican “American Health Care Act” – what a fucking oxymoron!!! – does is defund Planned Parenthood. And then we and the rest of the world were treated to a bunch of white men celebrating and downing brewskis in the Rose Garden.

To get the putrid taste of vomit out of my mouth and to, at least temporarily, displace the dread that had (and has) overtaken my optimism, I watched the pilot of Star Trek: Voyager (“Caretaker”), which, in an odd juxtaposition, Hulu automatically started playing after I finished my binge of Handmaid’s Tale.

Was it enough to make me feel better?

For a little while.

And then the dread came back.