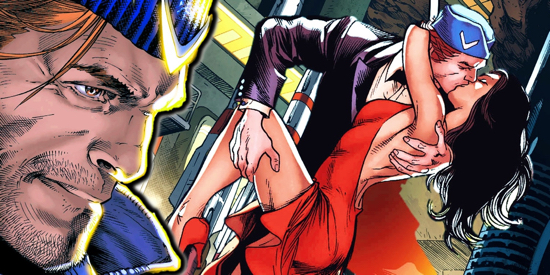 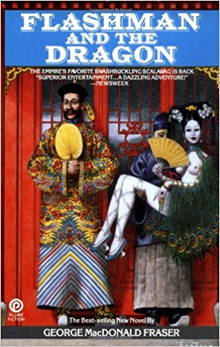 Last week in this space, we started discussing the latest volume in DC’s TPB re-issue of my Suicide Squad series. The book is called The Phoenix Gambit, which also was the name of the first arc.

Today we’re pushing on with the stand-alone story, Dark Matters, which also serves as the re-vamped and more detailed origin of George “Digger” Harkness, aka Captain Boomerang. Boomerbutt, as he became known in the Squad, was not originally one of my picks for the team; editor Robert Greenberger urged him on me. I thought Boomerang was pretty silly looking with an even sillier gimmick, but he was a prime member of the Flash’s Rogues’ Gallery. The Flash group wasn’t using the Rogues at that point so he became available to us.

I decided to model Boomerang after George MacDonald Fraser’s Flashman character in his series of historical novels. Flashman remains a cad, a liar, a coward throughout the series but he’s an entertaining bounder and I thought I would go there with Boomerang. No matter how far he sunk, Boomerang could always find another level to sink to. He became a trickster character; always up to something but never quite as clever as he thought he was. I quickly became very fond of this version of Boomerang and so did the readers.

Since he was supposed to be Australian (boomerang connection, right?), I wanted him to sound Australian, which no one had ever done. Let’s go a little beyond “shrimp on the barbie” colloquialisms. So I got books on Aussie slang and peppered his dialogue with things I found.

After doing The Phoenix Gambit, I thought it was time for a “Private files” sort of story and why not focus on everyone’s favorite asshole? Kim wasn’t going to be co-writing this issue so I dragooned an old mate of mine, Australian David de Vries, to join me. Dave was already an accomplished comic book writer, co-creating the Southern Squadron, a down-under team of superheroes. He also did The Phantom for DC, as well as some Batman and Star Trek among scads of other things. 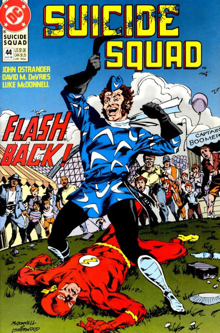 In fact, it was our conversation about Captain Boomerang during one of Dave’s visits to the States that gave me the idea for this story. Dave was telling me how he and his mates would get together and read Boomerang’s dialogue aloud and laugh themselves silly. Flustered, I protested that I had gotten the lingo from dictionaries and the like. “Well, yeah, mate,” Dave told me, “but nobody really talks that way.” Let’s just say it was slightly dated.

But having an actual Aussie there gave me the idea of having him help dialogue the guy and then I’d crib from Dave for future issues.

Which is what we did. You can find a dramatic shift in Boomerang’s speech patterns between The Phoenix Gambit and this story and the ones that followed.

The plot basically has Harkness going back to Australia along with his friend Deadshot to attend the funeral of Harkness’s mother. We meet his father and brother and get to see Harkness where he was born and raised. We meet “Uncle Walt” (W.W. Wiggins) who actually launched Harkness as Captain Boomerang and discover his real connection to the Harkness family.

All in all, it was a nice, tight single-issue story. Dave’s a real good storyteller in his own right and back in Australia he wrote and directed Camilla Hyde which has won a plethora of awards around the world. He’s a talented guy but, even better from my viewpoint, he’s been a good and loyal friend and I’m really proud of this story we did together.

And that’s the fair dinkum.

Okay, de Vries, you can laugh at me now.

Next week: the Squad visits Israel. Hey, what’s the worst that could happen?