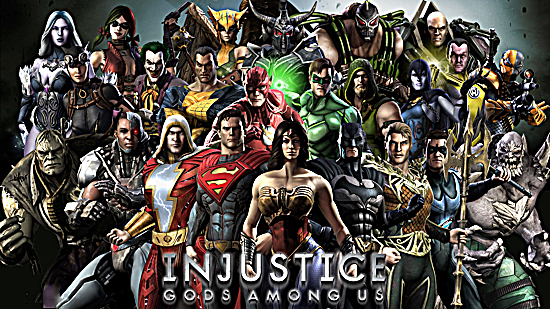 My good friend, comic retailer Shawn Hilton (of Comics Cubed in Kokomo, IN), posed an interesting conundrum: Why is it that a video game can be a multi-million dollar enterprise, yet yield nary a single issue sold when adapted (or continued…) to comic continuity?

A cursory look over some sales data would mostly back Shawn’s gripe up. This week, I’m not necessarily all that mindful of specific dollars and cents as much as the basic principle being questioned here: 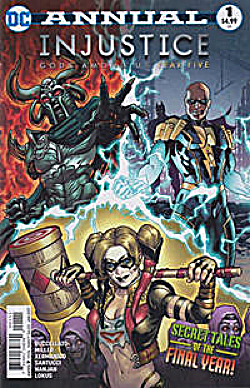 Is adaptation a worthy vehicle towards success, specifically in comic books?

At the most macro of levels, so much of our modern geek marketplace relies on adaptation. Outside the spinner rack a walk down the toy aisle in nearly any comic shop or big box store, will yield an unending regurgitation of the same figures — all adapted to a different specific milieu. Be it a Funko Pop, 6” Action Figure, Dorbz, MiniMate, or another half dozen iterations… a given character like Batman can be purchased in so many mediums, it boggles the mind.

Adapting video games beyond their pixelated purview has long been in practice. Be it the Super Mario Brothers TV show, Halo BoomCo dart blasters, or Injustice (I figure Shawn is in surplus of DC’s Injustice), there are plenty of video game bric-a-brac to go around. One would postulate if the products were truly unmarketable, they wouldn’t continue to develop and license their brands out, sure. But when I think specifically to comics? I’m drawing a considerable blank, in terms of out-and-out success stories.

Turning towards another friend in retail, Eric Garneau of Past Times (in Niles, IL, don’t-cha-know), my hypothesis seemed to carry weight.

“…yeah, mostly I don’t even touch them.” He mentioned to me. “Injustice has moved all right in TPB for me, at least the earlier volumes… [But] stuff like Assassin’s Creed, World of Warcraft, etc… no way.”

As I polled several other friends in the know, all basically came to the same conclusion: While video game comics themselves are OK to have a few of on the racks, they aren’t ever ordered or purchased with veracity. They are evergreen merchandise; easy to upsell someone on the outskirts of the fandom, doing more to make a shelf look filled out than rifled through.

If I were to hypothesize specifically to the correlation between a video game comic and the parent product, I’d guess the biggest difference (aside from controlling the content, as one does in the game) comes in the speed at which content can be consumed. In a video game — as with any motion-based medium — story can be delivered quickly, with little necessary comprehension.

A solid cutscene of Injustice lasts two or three minutes at best. In that time, character motivation, settings, history, et al can be gleaned with ease. In a comic book, time is almost as malleable, but the static imagery cements the reader in a single moment. Put simply, a comic will always read slower and accomplish less on a page than can be communicated on a screen. Is it better content? Rarely, in my opinion. But, again, the bane of adaptation carries the burden of the appeal inherent to the original medium of the property.

When a book becomes a movie, the movie must drop nuance and backstory for increases in action and visual exploration of settings. When a movie becomes a TV show, it drops the quality of the settings, and becomes stifled by commercial breaks interrupting story. When a TV show becomes a movie, it loses the ability to explore nuanced characterizations afforded to longer interactions across multiple episodes.

And in all cases, adapting to a comic book awards the property with a new visual communication tool but loses any number of other qualities the source material gained simply by virtue of the original medium. So too, do we lose subtle stylization and character depth when our beloved comics turn into movies. Even when done well, they’re still permutations and distillations of how we grew to love a character, setting, or story. So too, then, does it apply when pixels are plundered for the pen and paper.

All that… and comic books don’t reward you with thirty lives when you flip the pages up, up, down, down, left, right, left, right, and then B, A, and start.