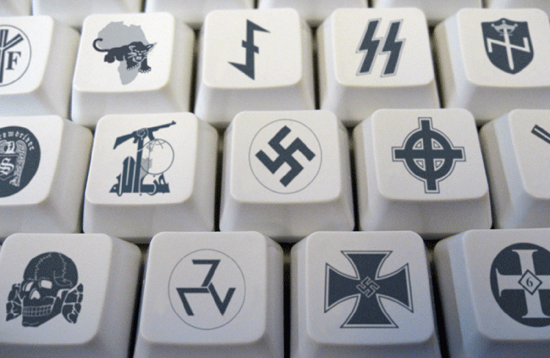 The end of the year is a time to contemplate our lives, to count our blessings and enjoy the company of family and friends. It is a time to celebrate peace and goodwill.

It’s also a hell of a time to raise a ruckus.

Most of us here at ComicMix are passionate in our adoration of free speech and the First Amendment. At the same time, we revel in diversity and equal opportunity and think minority groups are worthy of respect.

Some people think these two impulses are mutually exclusive. These people are wrong. And it is more important than ever to say this.

Let’s take a rather frivolous example. There is currently some controversy about the use of the term “alt-right” to describe an assortment of racist and misogynist American nationalist groups. Some people find the label confusing, since it sounds remarkably like “alt-country,” a musical genre that emerged in the 1990s. Some people find it a whitewash (you should pardon the expression) of opinions that had previously been labeled “Neo-Nazi” or “white supremacist.”

In general, I believe it is polite to call people what they wish to be called. Just as one example, over the decades, I’ve called people of color “colored,” “Negro,” “Afro-American,” “black” and “African American,” depending on which term I thought was preferred at the time.

However, in this case, I think “alt-right” is deliberately misleading. Just as I can’t call people who favor the death penalty “pro-life” no matter what their views on reproductive rights, I can’t describe Steve Bannon with a term that shares its syllables with a kind of music made by Steve Earle. I also think “alt-right” is insulting to principled conservatives (and, yes, those people exist).

Clarity, in this case, is more important than good manners, especially when those who are using the term are journalists. In a perfect world, the media would only publish facts, along with opinions that are based on those facts. Since we live in an imperfect world, we use this ideal as something to which we aspire.

Which brings me to a more important and more complicated issue. In Germany, where there is no United States Constitution as law of the land, and therefore no First Amendment, they have laws that prohibit hate speech. We can have a discussion about whether or not this is a good thing, and I can take either side of that discussion, depending on what day it is.

In the link above you can read how Germany’s laws are difficult to enforce in this digital age. Neo-Nazis frequently use social media (in this case, Facebook) to spread their bigotry. In some cases they publish names, addresses and phone numbers of those people they consider too foreign for their tastes. Those people, in turn, get harassed and threatened.

Personally, I don’t want Facebook to determine what is and isn’t hateful. We probably won’t agree. I also don’t want Facebook to act as some kind of police force, enforcing German laws in Germany. Just as we don’t prosecute cable companies if someone streams child pornography on a computer, Facebook, in this instance, is more the conduit than the content.

At the same time, Facebook is a private company and not a public utility. As a private company, it is entitled to enforce whatever code of conduct it chooses, as long as that code doesn’t break the law. It can also draft these rules according to the kind of business deals it wishes to make. People who want a social network that allows them to spew hate speech are welcome to find one, or create one.

My pal Mike Gold (who occupies this space each Wednesday) likes to say that he prefers it when people say racist, sexist, hateful things, because then he knows with whom he’s dealing. I get that. I also know that those on the receiving end of such bigotry can suffer from the cumulative effects of such speech, a death of a thousand cuts that ultimately inhibits their own ability to speak freely.

If you, like me, often use the end of the year as an opportunity to donate to worthwhile organizations as a way to celebrate, please consider the Comic Book Legal Defense Fund for its commitment to free speech for everyone, and to Feminist Frequency for its commitment to encouraging diverse voices.

Because this holiday season, the truth is the gift that will be most needed in 2017.