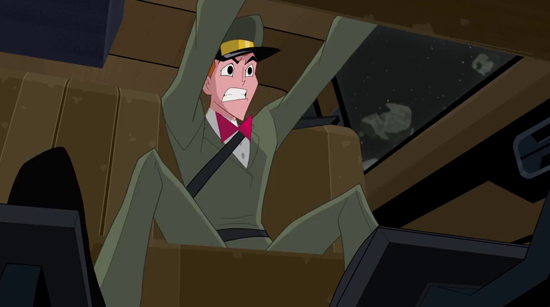 The comedian / actor / writer / producer has a list of credits longer than Reed Richards’ arm, and if I mention just some of the shows he’s been in (or voiced) that I enjoyed, you’ll understand why I think he’s tapped into my cable feed. But, in the interest of full disclosure, this personal list includes Justified, Agents of SHIELD, Community, Brooklyn Nine-Nine, Futurama, Burn Notice, Veep, Archer, and Static Shock. He’s co-starring in the newly revived Mystery Science Theater 3000 playing the latest newest member of the Forrester family. And he steals the spotlight in Foil, one of Weird Al Yankovic’s best videos. 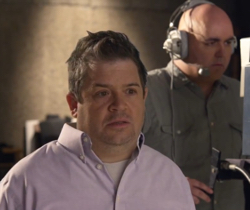 If somebody semi-knowledgeable told me Oswalt is one of the guys in the Daleks cans, I’d probably believe ‘em.

He’s made no secret of his being a comic book fan – he pitched a “death of Superman” story to Jerry Seinfeld (himself a Superman fan) on Comedians In Cars Getting Coffee that I would love to see in print. I should note that he built part of his stand-up act around his enthusiasm before Geek Culture became fashionable. And, for personal reasons I won’t go into here, I can testify that Patton Oswalt’s heart is where his act is.

However, Oswalt is voicing one of the most obscure characters in the DC multiverse. He’s voicing Space Cabbie. 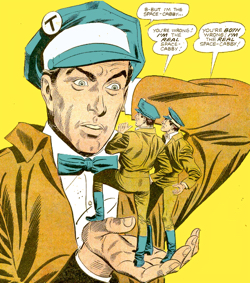 If you were to respond with “who?” well, I couldn’t blame you. Shortly after that meteor snuffed the dinosaurs, DC Comics was publishing a lot of continuing characters in their science fiction comics. Adam Strange is – deservedly – the best known; Space Ranger, the Atomic Knights, Ultra The Multi-Alien are among the many others. And Space Cabbie – or Space Cabby, depending on who was paying attention at the time – is among the more obscure.

His adventures ran in Mystery In Space between 1954 and 1958 and, comic book continuity being akin to those arcade claw machines, has been revived for guest-shots several times in recent decades. But not so many as to release him from obscurity.

I doubt that when Patton was asked which character he’d like to voice, he spurted out “Space Cabbie!” Actually I doubt he was asked at all – but, being a fellow fanboy and knowing his work and his dedication to our medium… well, I wouldn’t be surprised if Space Cabbie were Patton Oswalt’s choice.

Justice League Action starts its weekly run on Cartoon Network December 16th. Check your local listings to see if you have local listings. And Patton Oswalt, thankfully, is everywhere.