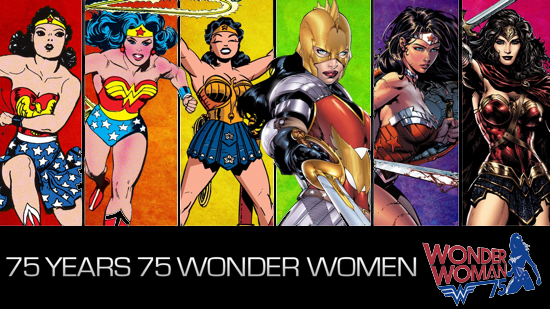 This week’s column marks my one-year anniversary of doing this at ComicMix. Though I’m tempted to do a year in review, this past weekend was New York Comic Con so that idea is going to have to be put on hold for at least a week.

I started Thursday morning by getting to the Javits Center around 9:00 am. After going through a few different lines, getting my bag checked, getting my badge scanned, and waiting on another couple of lines, I was in by about 10:15 am. I hit the show floor and did the rounds. At 11:00 am I went to my first panel. 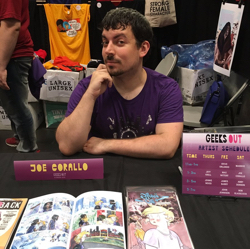 Body of Evidence: How We See Ourselves in Comics had panelists ranging from librarians, comic creators, a performer and my friend David Baxter, as well as a physician discussing healthy body image in comics as well as touching on disabled representation. Most of the disabled representation revolved around the character of Oracle and a point that fellow ComicMix columnist Martha Thomases has made with me before: while it’s great to have disabled representation, why is it that a woman isn’t able to heal from her exploitive attack in a world where Batman breaks his back and recovers?

While the panel had passionate panelists making interesting points, the panelists were noticeably cis, able bodied, and white or white-passing (David is half Native American). That doesn’t take away from the points they were making, but seeing people of color, trans, and disabled people share their experiences would have been helpful and enlightening. Especially at a convention that ejected Jay Justice, a queer disabled person of color, from a panel because they couldn’t accommodate the scooter she needs to get around.

That panel was far from the only one that suffered from some lack of diversity. Along with fellow ComicMix columnist Molly Jackson, I attended the Wonder Woman 75 panel on Friday. The panel was majority male, and almost exclusively white with the exception of the legendary Jose Luis Garcia-Lopez, who frustratingly talked the least during the panel. And despite Greg Rucka being on the panel, Wonder Woman being confirmed as queer was never mentioned. Perhaps it would have been during a Q&A, but the panel ended early without one. As one of I’m sure many queer people in attendance, saying that was disappointing would be an understatement. You’d think with Wonder Woman being on the cover of this year’s NYCC program for NYCC would have provided some motivation.

That night while waiting in line for another event, I was discussing the Wonder Woman 75 panel with a friend when two people on the line in front of me interjected. They told me how they attended the Queer Culture: LGBT Presence in Pop Culture panel and to their surprise the panel was exclusively cis white men, or at very least white-passing. Beyond that they discussed how that was a similar experience they had at other panels.

Friday was also the day of the DC’s Young Animal panel, and if you’ve been reading my column over the past year you could probably guess that was on the top of my list of panels to attend. The panelists included creators Gerard Way (Doom Patrol, Cave Carson Has A Cybernetic Eye), Nick Derington (Doom Patrol), Jody Houser (Mother Panic), and Marley Zarcone (Shade, the Changing Girl). This particular panel was packed and had a very enthusiastic crowd. Fans of Gerard Way hung onto his every word as he talked about how the Young Animal imprint came to be and gave previews of the books to come. They even handed out a cassette (you read that right) with a new song of his. The highlight for me was during the Q&A when someone asked about queer representation and Gerard discussed how he has been talking with Rachel Pollack about her run and Coagula in particular and bringing her back. When he had mentioned how Coagula was a trans superhero the packed panel room cheered. This goes to show how starved people are for trans representation and further pushes the point I and others have been making for some time now; reprint Rachel Pollack’s run on Doom Patrol.

While I did enjoy the DC’s Young Animal panel quite a bit, it was again an all cis white panel. For this particular panel, similar to the Wonder Woman panel, it was because of the creators that were available or asked. The only way to have more diverse panels is to have more diverse creators.

And they shouldn’t be limited to diversity specific panels. The goal of those panels is to raise awareness. The idea is for panels on diversity to be a starting point of a conversation, not the ending point. We can see that with panels like Marvel: 50 Years of Black Panther featuring different creative minds behind the character, as well as the panel on Luke Cage. When you have people of color working on comics, they get to be on the panels to discuss them. We desperately need more of that not just because it’s right, but to ensure a future for comics.

The future of comics does not encompass the same demographics as before. Women, people of color, queer people, disabled people, and people that cover more than one or all of the above are reading comics. They want representation, and they want a seat at the table. That’s not to say they never read comics before, but many didn’t because they didn’t see people that looked like them or they didn’t tell stories that were in any way relatable. Straight cis white guy with superpowers trying to get the girl doesn’t really speak directly to the experiences of many of the groups I mentioned even in metaphor. I can’t tell you how many people I’ve talked to in recent years who finally got into comics through small publishers and webcomics finally representing people like them because they honestly didn’t believe comics as a medium represented them.

Before I left NYCC on Saturday I got to be a guest at the Geeks OUT! Booth selling copies of my new comic as well as signing copies of their anthology I had been in last year. In the couple of hours I was at the booth, people of all different backgrounds came over and gushed over the items they were selling, like a t-shirt saying “Strong Female Character.” Many also stopped to take a preferred pronoun sticker from the table. They’d ask if they were free, and many asked if it would be okay to take an extra one for a friend. People were thrilled that a group like Geeks OUT! Was considerate enough to create stickers like these for everyone.