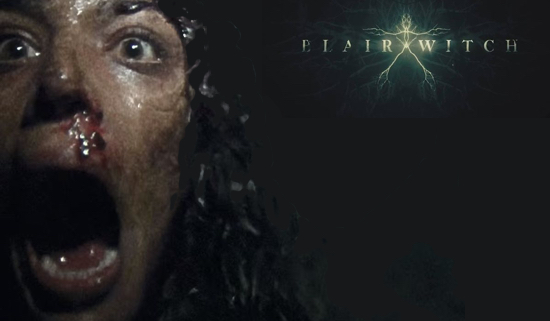 When I first saw The Blair Witch Project in 1999 it was the most scared I had ever been in a theater with the exception of having to leave the theater during Edward Scissorhands when I was six years old. A lot contributed to my enjoyment of that film: found footage was new and exciting to me (and most of America) at that time, the marketing campaign treated it as real footage from a real event and that was very captivating even though anyone who waited until the credits would know it was a movie, and the limited information they gave the viewer made everything that happened just a little more terrifying. Blair Witch desperately tries to recapture the magic of the original film and while the resulting film is reasonably creepy to watch it doesn’t quite get there because movie like this are much closer to the norm now.

Found footage is everywhere these days. It doesn’t move the needle at all in terms of originality and consequently Blair Witch can’t stand out just by being supposedly recovered footage. There have been five Paranormal Activity movies and countless other retreads of the formula; it just fels like I’ve seen every camera shake, abrupt edit, and cheesy in-universe explanation for why everything is being recorded at this point. Blair Witch is a scary movie, don’t get me wrong, but it’s scary in the same way that so many other movies are and that descent in to cliché hurts it a lot.

The Blair Witch Project was quite stingy with putting all of their lore in the film, countless people I know walked out of the movie with one burning question or another and needing to consult the internet for answers. Blair Witch keeps this tradition alive by only vaguely gesturing to why any of this is happening (a curse on these woods) or what exactly the witch can do and instead of finding it spooky and charming this time I mostly found it annoying. The Blair Witch in the original film stole stuff from the campers, made noises at night, and left little men made out of sticks everywhere. In the new movie she can make time move differently for different people, makes trees pummel people, cast the world in to perpetual darkness, and make little stick men appear everywhere but this time they can break all the bones in a person’s body. It’s certainly scary but it doesn’t feel consistent and because the movie is so clearly in canon with the original film it can’t be written off as a remake. I can accept an ungodly amount of camera artifacts coincidentally making everything creepy and I can accept that this ragtag band of campers got some of the best outdoor sound quality I’ve ever heard with poor equipment but I just can’t get past The Blair Witch going from the magical abilities of Neville Longbottom to those of Lord Voldemort.

I wish I had a deeper critique here but I’m not sure I can get to one. The Blair Witch Project was a revelation when it came out it stood out so boldly compared to movies that immediately preceded it like Halloween H20 or I Still Know What You Did Last Summer but now instead of standing out it fades in to the scenery. Blair Witch is one of the better found footage horror movies I’ve seen in recent years but what a tragically mundane place for a movie with such a pedigree to be. Blair Witch is an enjoyable horror movie that’s legitimately scary (even with some cheap thrills thrown in) but there’s no chance I ever want to see it again or probably even remember it in a few years time.