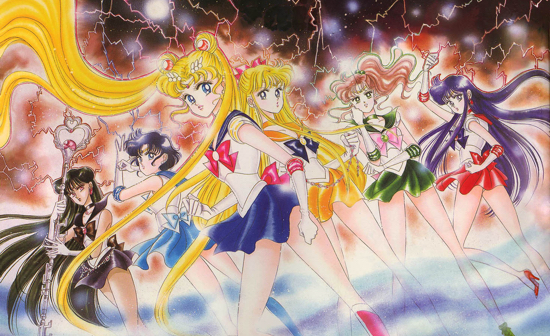 Recently I’ve been reading through the Sailor Moon manga that my friend David has generously been lending me. I used to watch the anime when I was kid and had been curious about tackling these books for a while. Reading through these books made me reflect on the greater world of comics and an aspect of it that I haven’t addressed here yet: branching out beyond American comics.

I love American/Western comics. It’s certainly the bulk of what I’ve read. Not just the superhero stuff, but comics and graphic novels like Stuck Rubber Baby, Fun Home, March, Blankets, The Sculptor, and many many more. Many of the comics I go out of my way to read are either from women, LGBTQ, or minority creators or they at least tell a unique story from a perspective that makes it stand out. However, I have a big gap in my knowledge and familiarity with materials outside of Western comics.

Over the years I’ve made it a point to try and read comics and graphic novels that have really made an impact on the medium and influenced creators for decades to come. In my preteen years that involved Archie Comics. In my high school and college years I tackled the works of Alan Moore, Frank Miller, and Neil Gaiman. Since then I’ve gone back and read comics predating the Golden Age of comics like Winsor McCay’s Little Nemo strips through to classics like Maus, A Contract With God, and It Rhymes With Lust.

While some of these stories did tackle things outside of my life such as the Jewish experience, I was finding that I wasn’t reading a lot of stories from women, queer, or minority creators. It would take effort on my part to look for those stories. I’ve made myself more aware of comics with more diverse people working behind the pages, and for a little while I thought that might be enough. It’s not.

Diversity in comics isn’t just in the characters on the page and the talent behind the pages. It’s also where the pages come from. Manga is a huge portion of comics’ sales across the globe. One Piece alone has 82 volumes and has sold over 300 million copies. Dragon Ball and Naruto have both sold over 200 million each. Astro Boy has sold 100 million copies. Sailor Moon, which I’m currently working my way through, has sold 35 million copies. All these sales from comics originating in Japan. 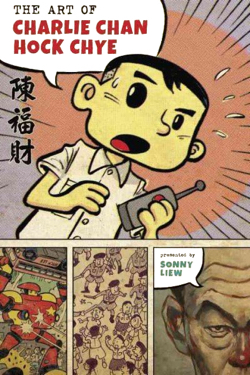 These are huge numbers. This is a portion of the comics world that should not be overlooked by fans of the medium, but it’s something I put off for too long. Sure, I’ve read the occasional manga here and there. If you haven’t read Akira, stop reading this column and go read it right now. That’s still a pathetically small amount of reading in such a large segment of the comics world.

Other countries have big and growing comics markets as well. Singapore based artist Sonny Liew had his graphic novel The Art of Charlie Chan Hock Chye premiere here in the states earlier this year. I was lucky enough to meet him when he was in town for MoCCA Fest and get a signed copy. It was an absolutely fantastic read blending in the unique history of comics in Singapore with Sonny Liew’s creative narrative supported by his brilliant art which I fell in love with last year as I started reading his work on Doctor Fate at DC Comics written by Paul Levitz.

Another big and growing market for comics is India. Graphic India has been gaining more visibility here in the states as you’re seeing more of their comics on the shelves. They even got talent like Grant Morrison to write for them so more of us will give it a try.

After I finish Sailor Moon I fully intend to start reading comics from Graphic India. I’m going to put more effort into reading comics from outside America and the Western world. There are a whole lot of stories and ideas I’ve been missing out on by not branching out sooner.

Don’t make the same mistake I did.