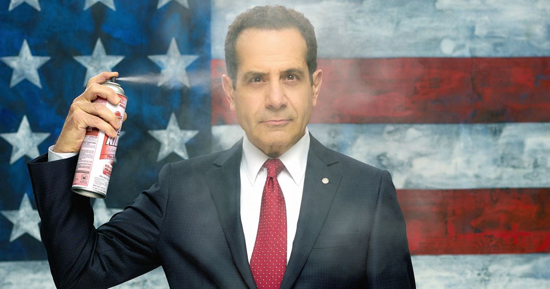 Iggy and the Stooges, “Gimme Danger”

Mortality is a bitch, and being aware of it even more so. On the other hand, knowing we’re all going to die someday is the inspiration for some great art and some rousing entertainment.

Especially this summer. Gee, I wonder what’s happening this year to freak us all out?

If you listen to the network news (or even read a newspaper, like an old person), you have probably heard plenty about the Zika virus. Spread by mosquitoes, it causes microcephaly in the fetuses of infected pregnant women. I first heard of it striking in Brazil, well before the Olympics, and the virus has spread (as viruses will) throughout the world, including outbreaks in Florida. Besides mosquito bites, Zika is also spread through sexual contact.

Some doctors think that, if one isn’t pregnant, Zika is no worse than a cold or the flu. Others think that it might cause neural damage in people who are infected.

That’s scary enough for me, thanks.

Luckily, my fears (and maybe yours, I don’t know your life) are being exorcised this summer by Brain Dead, a really funny series on CBS about aliens from outer space who look remarkable like ants and who eat the brains of humans. In this case, the humans are senators and other denizens of Washington, DC. A side effect of having aliens eat your brain is that you become more extreme in your opinions and less amenable to compromise.

It’s amazing anyone notices anything wrong, doesn’t it?

I started to watch this because it has Tony Shalhoub in it. He is a treasure, chewing up the scenery with the same enthusiasm as the bugs eating his brains. I kept watching because many of the episodes are directed by Allan Arkush, who directed

The series is best when it plays the jokes as broadly as possible. The conservatives with their rabid hatred of progressives and the liberals who loathe right-wingers, work themselves up into froths of rage. Sometimes their heads literally explode. Everyone is extremely paranoid of every little thing, and with good (and hilarious) reason.

It’s less successful when it gets earnest and tries to tell us (not show us) that compromise is an honorable way to get things done.

There are only two episodes left, and apparently, there is a slim chance the series will be renewed for another season. Personally, as much as I enjoy it, I would prefer to see it end. Under the Dome, also a CBS summer series, suffered when it lasted longer than the book, as the producers tried to come up with more and more ridiculous ways to extend the menace. Step on the alien ants and be done with it.

Another television show with a viral subtext is The Strain, which just started its third season on FX. Based on a trilogy by Guillermo del Toro and Chuck Hogan, this is the scariest thing I watch on television. It’s about vampires attacking New York City. Unlike your average vampires, these creatures are humans who have been infected by worms, who attack new victims while their hosts are feeding. The hero is a scientist with the Center for Disease Control.

I really liked the books, and I really like this series, although it started to veer away from the source material last season and will probably continue to do so. Since both authors are actively involved as producers, I assume the reasons for the changes have to do with the differences between print and video. However, three seasons, like three books, seems to me to be a natural and organic life-span for this concept.

Enjoy this last unofficial weekend of summer! Try to stay out of the sun (or use lots of sunscreen), and stay away from things that bite. If you can, avoid the news, at least for a day, because the political coverage will make you crazy.

And, please remember — language is a virus.