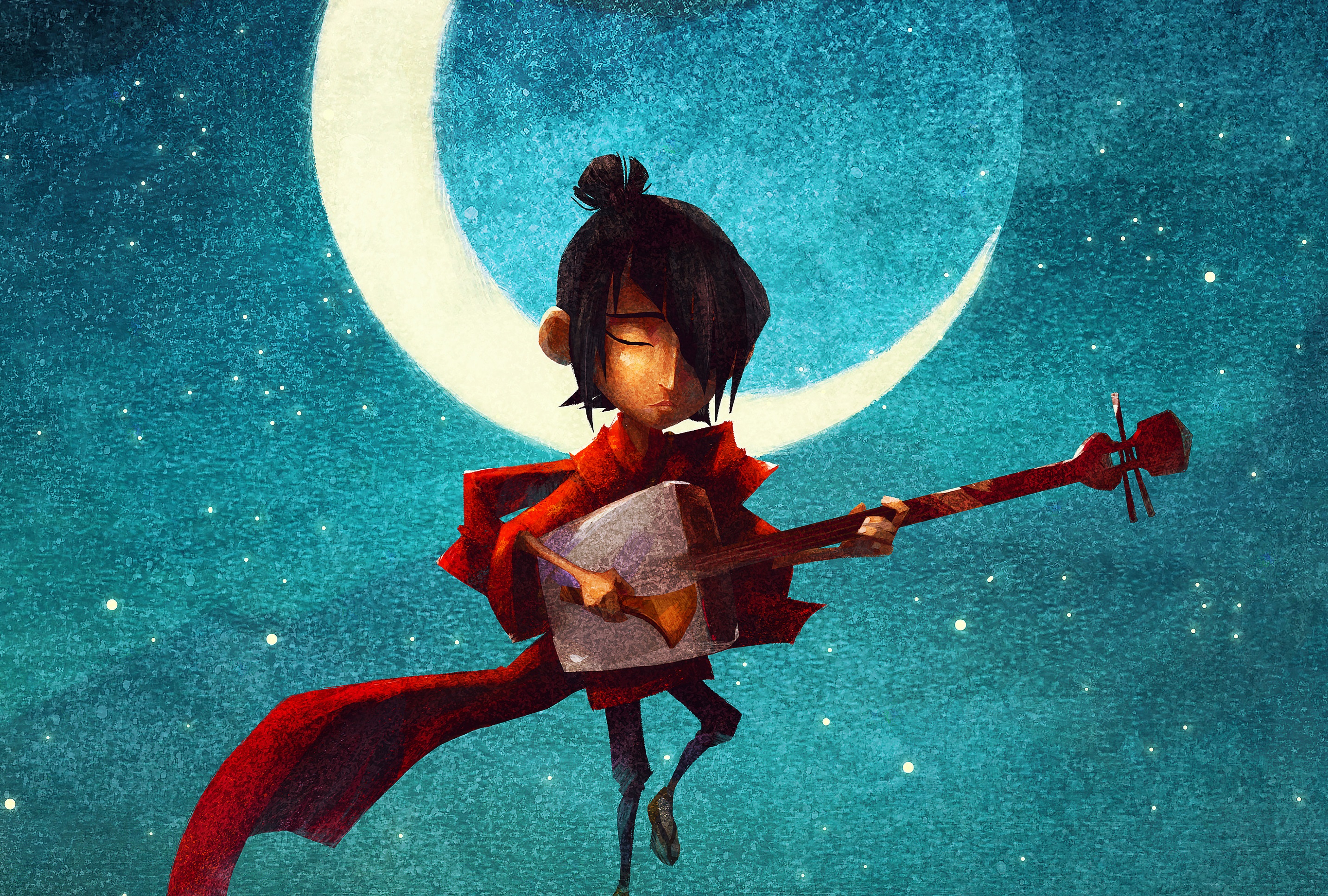 Kubo and the Two Strings fills a void I didn’t realize had grown in the movie landscape until I was watching it— it’s an earnest adventure movie for all ages without a trace of camp. There’s very little winking at the audience, there are no topical references, and the celebrity voice actors even try not to sound like themselves. It is refreshingly straight-laced and serious about the mythology in a way that seems lost sometimes even among supposedly serious films. It’s easy to get lost in the wonder of the story because everything is pushing you to do exactly that. I’ve scarcely been so happy to be lost in a film.

Kubo is like a fairy tale that you forgot. It combines a litany of familiar tropes like evil elders, a bumbling but noble sidekick, and the enduring magical power of parental love and combines it in to something that feels timeless, more a Monet than a paint-by-number. It’s a fairly basic hero’s journey story— Kubo has his life destroyed and must flee with only a few magical artifacts to protect him, and must gather legendary items to defeat the evil moon king. The artifacts in question don’t actually seem super helpful in defeating the villain, but that’s never what these things are really about. If I want to nitpick the metaphor gets a little clunky at times and might completely break down in the film’s climax, but I was consistently entertained and the last shot is killer so the rest is meaningless details.

There’s a level of base discomfort one can get from watching a movie so clearly trying to be Japanese but with no Japanese people in anywhere in the writing or directing credits. This is further compounded when white people voice all of the principal characters. It didn’t feel disrespectful to me, it felt tone consistent with the fables and myths I was familiar with from taking a few East Asian literature classes in college, but it isn’t my place to tell other people what is or is not over their boundaries for a piece of media like this. In a perfect world I would like to see movies like these, love letters to legitimate cultural artifacts, have more people from that culture playing the roles, but I understand that that isn’t where Hollywood is right now. I can’t find any Japanese people criticizing the film on these grounds, so I’m content to enjoy the movie and hope for the time when representation is a little better.

Representation issues aside the cast is uniformly fantastic. Charlize Theron is tiptoeing this line between loving maternal figure and fierce protector and absolutely nails it. Matthew McConaughey gives his strongest performance since winning an Oscar, and it’s probably not even worth looking up what those movies are to figure out how much of a compliment this is. Art Parkinson does most of the heavy lifting in the movie and might finally be moving away from being “that kid who plays Rickon Stark”, if he can keep doing work like this (or any work where he gets actual lines). Ralph Fiennes is such an unexpected delight and is wonderfully understated, but I couldn’t help but think that David Carradine would have 100% gotten that role if he were alive. Rooney Mara is going to be in my nightmares for her exquisitely creepy work. I’ve already mentioned this, but the greatest part of all of this work is the actors are willing to disappear in to the role instead of just sounding like themselves and cashing a big paycheck. I’m especially impressed with McConaughey, who even in his best work sounds an awful lot like himself but manages to fall away in to the part here.

Kubo and the Two Strings was a movie I wasn’t excited to see, it didn’t grab me from the trailer and it was put in a week that just seemed to scream “we’re done putting out the big movies this summer, here’s what’s left over” and I was so pleasantly surprised. Kubo is a strong contender for best animated movie of the year and could probably make a run at best action movie. I loved how it had a childlike sense of adventure built-in, but didn’t feel childish in the way a lot of kids movies can. It seems to be cursed to never find an audience, perhaps because it wasn’t willing to pitch itself as young as possible but it deserves to be a bigger hit. Kubo and the Two Strings is the best movie I’ve ever seen from Laika, and I hope it’s a sign of things to come and that the soft opening numbers don’t scare them back to The Boxtrolls or similar fare.