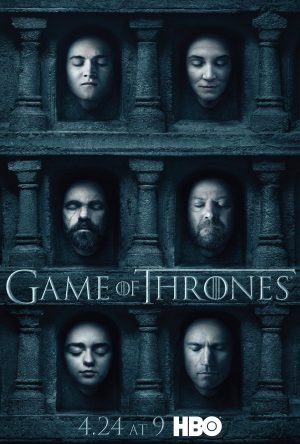 The sixth season of HBO’s adaptation of George R.R. Martin’s Game of Thrones demonstrated one of the key differences between novels and television. The mass medium of television brings with it certain expectations by its audience and producers, hoping to curry favor for repeated patronage, sometimes ignore their instincts and give the fans what they want. Authors rarely so succumb, Sir Arthur Conan Doyle being the best known example of giving the readers what they wanted.

In the five books released to date, Martin has continually confounded, angered, and relentlessly surprised his readers. Characters succeed, fail, survive, and die as the story dictates, not because fans have made certain characters popular.

Therefore, this season is a mixed bag with incredibly strong storytelling undercutting its strength by not surprising us. No one, except readers of the novel, expected Ned Stark to die or what was to happen at the Red Wedding. But here, across ten episodes, producers David Benioff and D. B. Weiss, consistently gave viewers what they wanted as they use elements from the unpublished sixth novel and continue to deviate from the core texts, creating a parallel but not identical version of events.

Jon Snow (Kit Harrington)’s fate was the most discussed cliffhanger since “Who Shot JR?” He survived and went on to abandon his post at The Wall in order to reunite the north now that it’s clear the Night King is coming closer. This led to episode nine’s incredibly satisfying but unsurprising “Battle of the Bastards” as Ramsay Bolton (Iwan Theon) gets his comeuppance. Long-lost Uncle Benjen Stark (Joseph Mawle) turns up long enough to help Bran (Hempstead Wright). Cersei (Lena Headey) exacts her revenge and the one real surprise this season was an unintended consequence. Little in the way of surprises here.

The most surprising — and poignant — moment in the entire season has to be the backstory to poor, beleaguered and brave Hodor (Kristian Nair). 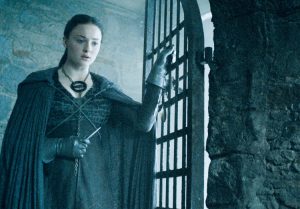 The season, now available on Digital HD, starts off very slowly, wasting the first two episodes just moving players into position. All too leisurely, the season of the women gets underway. I wish there was more time spent on Arya (Maisie Williams)’s efforts to return home and Sansa (Sophie Turner) finally matures and becomes quite cunning. Sansa’s rise this season is the most major change and could have been explore more. My wife predicts there will be a showdown between the sisters-in-law (unless I’m mistaken, she’s still technically married to Tyrion [Peter Dinklage], making Cersei her extended family). Of all the women in the sprawling cast, Brienne (Gwendoline Christy) gets short shrift and needed more screen time.

While it was nice seeing Sandor Clegane (Rory McCann) back in action, and it’s always a pleasure to see Ian McShane in anything, their storyline in “The Broken Man” and “No One” feels extraneous.

Season Six also wrapped several long running plot lines in an effort to move things to the final act, spread over shortened seasons seven and eight. We thankfully bid farewell to the High Sparrow (Jonathan Pryce) and welcome back to the powerful Queen Daenerys (Emilia Clarke). Her evolving friendship with Tyrion remains a highlight of the show. And the show definitely had more wonderful moments than bad ones, but it’s predictability felt wrong.

“The Winds of Winter” proves Ned right from the first episode as the snow begins to fall and the night King grows ever closer. Those in power and seeking power remain largely clueless of the true threat to Westeros so we’re left to anticipate what comes next.

The Digital HD package contains not only all ten episodes in fine audio and video form, but you also receive a Season 5 Recap, all ten The Game Revealed shorts, and additional features on the characters and world. All in all, if you want it, this is a fine way to own a piece of the kingdom.