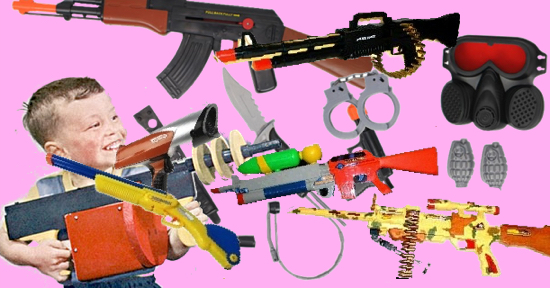 There is a chance this year that I might again attend the Baltimore Comic-Con next month. This pleases me. It’s a fun show, almost entirely about comic books.

Yeah, there are some movie and television celebrities, and that’s fine. Their presence makes many people happy. They don’t take up a lot of the show floor. For the most part, it’s easy to get around. Similarly, although the cosplay can be brilliant, it doesn’t consume all the available aisle space. Or oxygen.

There is a delightful feeling of cooperation between the folks who run the con and fans and other attendees. Announcements made through the sound system are clear and easy to understand. The pros are accessible, and, in return, the fans don’t maul them. I’m sure there are examples of rudeness and discourtesy, but, unlike at other shows (I’m looking at you, NYCC) they don’t overwhelm the good vibes.

I never thought about a show having a weapons policy before. I mean, every municipality has its own laws about guns, and of course a comics convention within city limits must abide by the laws of that particular city. As cosplay continues to grow, cosplayers will want to look as authentic as they possibly can so they can garner the most admiration possible. This means they’ll want realistic-looking imitation swords, knives, lances, maces, lasers and, yes, guns.

Alas, reality intrudes. Just as we must open our bags before we go into a theater these days and walk through an X-Ray machine at the airport, it’s not unreasonable to expect comics conventions to devise tighter security measures. I would rather be patted down before entering, and possibly even surrender my beloved knitting needles, than fear an attack like the one in Orlando.

A lot of my comrades in the anti-war movement think toy weapons are bad. While I respect their opinion, I disagree. I think all of us, including children (maybe especially children) get frustrated with reality and want to act out our rage and fury, even if only in our imaginations. Children need to be taught to accept themselves and their feelings, even the so-called “bad” feelings, if they are ever to have a chance to learn how to control themselves.

It’s a wonderful thing to dress up in a way that expresses are hopes and fears, and then be admired for our creativity. Although cosplay is not my thing (and you should thank your lucky stars for that), I understand how cool it must feel to walk around in public, costumed as a fierce warrior or an intrepid heroine. It must be fun to flirt with evil, dressed as a villain.

While I love these flights of fantasy, I also admire the way graphic storytelling has, over the last couple of decades, expanded into genres that offer more kinds of heroes to admire. Yes, we have Batman and Supergirl and Thor and the Hulk, and villains like Harley Quinn and Loki and Brainiac. We have dorkier, more human-looking characters like Squirrel Girl and Ms. Marvel. We have real life heroes such as Congressman John Lewis, who has organized kids at his convention panels into cosplayers who replicate the March on Selma.

Along with pretending to have superpowers and smashing bad guys (or good guys, as the case may be), the good stuff about Congressman Lewis encouraging this kind cosplay in children is that these kids are learning how to accomplish the same results through active non-violence.

I love him so much for doing this. And I’m not the only one.