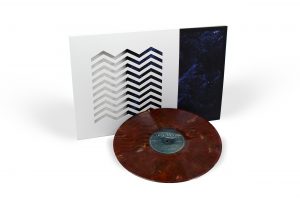 Death Waltz Recording Company brings one of the greatest scores ever recorded back in print for the first time in 25 years! Death Waltz went back to the Warner archives where Tal Miller cut brand new vinyl masters for the Twin Peaks soundtrack, and then worked with Rainbo to press the record on 180g vinyl for the best possible sound quality. The record comes housed inside a 425gsm gatefold sleeve featuring lyrics and liner notes by composer Angelo Badalamenti and the cover image by Sam Smith comes approved by director David Lynch himself. The gatefold sleeve is housed within a bespoke die cut outer jacket designed by Mondo’s Jay Shaw featuring super subtle white spot varnish text. The whole affair is finished with a top loading obi strip & pressed on “Damn fine coffee” vinyl.

“I’m glad that after 25 years, Death Waltz Recording Company has re-released the original soundtrack for Twin Peaks for a new audience to enjoy. This is my defining work as a composer and I’m happy it will get a fresh listen,” said composer Angelo Badalamenti. The vinyl soundtrack will go on sale at Mondotees.com on August 10 followed by a worldwide in-store release date on September 9. Select participating stores will hold a Twin Peaks coffee and pie event on September 6 with a preview sale of the soundtrack.

List of stores participating in the Coffee & Pie pre-release party event on September 6: