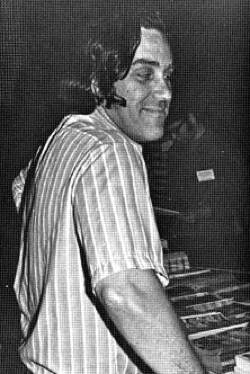 I endured another birthday last week. This is not a big deal, I’ve had a lot of them. Of course, I never get tired of my daughter fussing over me and preparing a dinner of unimaginable excellence, but there’s a point in our lives when such an occasion prompts a review of random elements of our past. Perhaps because my birthday is smackdab in the middle of the heaviest part of convention “season,” this year my thoughts turned to the evolution of the comic book store.

The comic book store evolved from those strange stores that sold old magazines and/or were “white elephant” shops. They hardly are of recent vintage: America’s first nationally-known serial killer, H.H. Holmes, murdered dozens if not hundreds of people in his specially-built World’s Fair Hotel that had secret passageways and trap doors and sealed ersatz gas chambers. One of the few shops on the ground floor of his palace was leased to a back-issue magazine store. This happened back in 1893; the hotel was conveniently located about a mile from the blockbuster World’s Columbian Exposition. Many future shops were located in less comfortable neighborhoods.

There weren’t any comic books in 1893, but the concept of back issue comic book retailing came onto its own in the post-Wertham late 1950s. These places paved the way to what we might think of as the “comic book store.”

I say “might think” because those original comic book stores only sold back-issue comics. There were few media chachkas. After a while several cut deals with their local independent magazine distributors to get new comics in through the back door, but if a local drug or candy store complained the new comics rack in the old comics store disappeared. 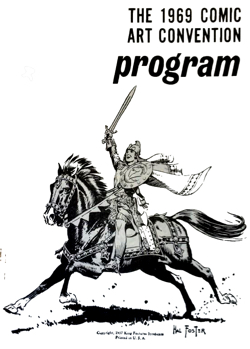 Then Phil Seuling happened. Phil was the lynchpin to many very important events in the evolution of comic book fandom. He started selling old comics in 1958; ten years later he hosted the first New York Comic Art Convention. In those sainted days of yore, comicons offered fans guests, panels, some movies, and a large room full of people standing behind card tables with a mass of sometimes-organized old comics, filed in all sorts of file boxes that, at the time, were not specifically manufactured for that purpose. Today, those dealers look exactly the same as they did in 1968, only older.

People came to these shows to fill in the holes in their collections while socializing with similar addicts. Eventually some of them mated, but I digress. Long-box diving became a ballet, one that also played out in those comic book shops in the low-rent neighborhoods.

Then Phil Seuling happened again. In 1972, Phil made arrangements with the comic book publishers of the time (Marvel was a bit late to commit, but only a bit) to sell brand-new comics directly to comic book shops through his East Coast Seagate Distributing company. They started out in increments of 25 and Phil said they were selling to “comic book clubs” to avoid pissing off the legitimate retailers (ha!), but the comic book medium had forever changed.

Both publishers and product grew like Topsy, and eventually some smartass revealed the “true” cost to retailers in keeping, maintaining and selling back-issues. It was a very labor-intensive vocation, at least for most retailers, and before long they needed space to sell more profitable new comics, toys, tapes, costumes, prints, cards, and, of course, POGs. 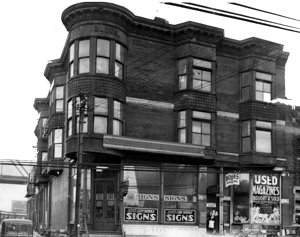 So old comics became harder to find. No problem; the publishers were thrilled to help those who actually wanted to read their wares by reprinting those stories in books – the kind with spines. These had the added advantage of being salable in “traditional” book stores (you know, like Borders) and on that new “Amazon” thing.

Today I walk through the convention floors – they used to be called “huckster rooms” – and through comic book stores and I see a vastly diminished presence of the back issues that put fans and fandom in business. I don’t necessarily miss them, no more than I miss those great old buggy whip factories. But it makes me wonder if fans still collect old comics for the purpose of reading.

Sure, graded and entombed comic books abound, but I have no doubt that someday somebody is going to disinter one of those vacuum-sealed copies of Action Comics #3 graded at 5.8 and valued into six figures and discover the guts of Planet Terry #7.

Yep. That screaming sound you just heard came out of the guts of a couple dozen of my good friends who possess innumerable sealed rarities.

Time marches on, and I’m okay with that as long as it swiftly marches across the backside of Donald Trump. But, yeah, there’s another habit that goes as we age. It’s called “Hey, kids, get off of my lawn!”