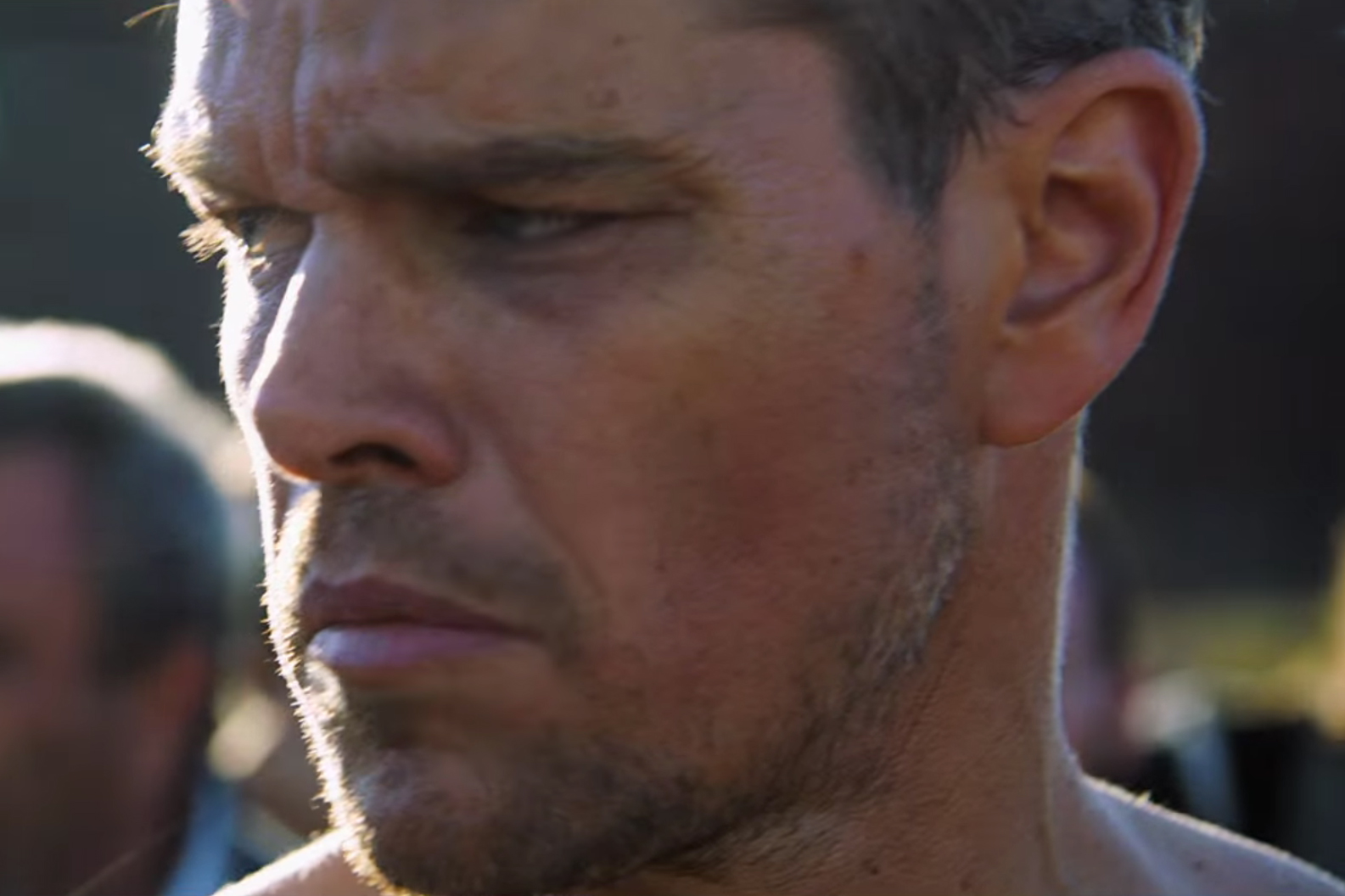 I have repeatedly gone on the record as a huge fan of the Bourne series. The Bourne Identity was a landmark action movie; one that changed how fight scenes are choreographed and shot throughout all of cinema. When they needed to prove that James Bond wasn’t a Cold War relic, they did it by making him more like Jason Bourne. The Bourne Ultimatum won three Academy Awards and deserved every one of them; it’s a stunning example of the genre. The Bourne movies always seemed like they were two steps ahead of the action game in the same way their protagonist was two steps ahead of his pursuers but something has happened in this nine-year layoff. Now Jason Bourne feels a step behind.

There isn’t anything wrong with the Bourne formula— I still quite enjoy globetrotting and big set pieces filled with any combination of fighting, car chases, and explosions. The final sequence in Las Vegas is as good as any other climax this franchise has had. Neither Athens nor Berlin feel very special as exotic locales, and going back to London again after it was featured in Ultimatum feels a little lazy, but there’s only so many countries out there and we are on the fifth movie here. Tommy Lee Jones is here to be the token evil old white guy and that’s all fine. The real problem is that because this is the paradigm now, what once felt fresh is now cliché and this is all evolutionary rather than revolutionary.

Matt Damon did a round of press where he seemed very proud that he only has about 25 lines of dialogue in Jason Bourne, and what a mistake that was. Bourne isn’t an emotionally expressive character, so if he isn’t telling you how much he cares about things it’s easy to assume he just doesn’t. If we let everyone else in the movie tell us how important things are or how emotionally devastating these revelations are, then we start to empathize with those characters more than the titular one. It’s easy to assume everything is rolling off his back as he stumbles through more and more of the plot. Even when they go to the tired trope of fridging a prominent supporting cast member (for the second time in three movies if we’re counting) it doesn’t seem to have an impact that lasts longer than the scene directly after the one it happens in.

There’s a big story going on in Jason Bourne, but I’m pretty sure Bourne himself has no idea it’s going on. There’s some big conspiracy between Jones and his CIA influence on a social media platform run by stereotypical tech mogul Aaron Kalloor (Riz Ahmed) and while Bourne comes in to possession of files that could expose the program we never see him read them, mention them, or seemingly have any interest in present-day CIA operations. Bourne is consumed with evidence that his father (a character that has had zero footprint on this series to date) might have been killed as part of a cover-up. The bad guys spend the entire film scrambling to cover-up and protect a program that the good guy has no knowledge of or interest in. It feels like the two sides are brought together solely by contrived coincidences and in a saner world never would they come in to conflict.

I want to believe that the Bourne franchise is bigger than this misstep. The biggest problems are narrative and let’s be honest, no one is seeing these films for their tight, coherent storylines. It needs to be a little better than this, but this is a slight stumble not a tumbling fall. Paul Greengrass, if he chooses to stick around, can recover from this and make a better movie. They left so many plot threads to continue on, from Ahmed’s character not coming close to having a character arc, to the surprise emergence of Alicia Vikander emerging as the most compelling entity in the whole film. In fact, if they decided to move away from Damon again, I would much rather watch a movie about Vikander’s morally ambiguous CIA character than I would like to have Jeremy Renner back. We’re 15 years in to the Bourne era, and while Jason Bourne is not the genre-defining pipe bomb its predecessors were, I’m not ready to write the whole venture off yet.