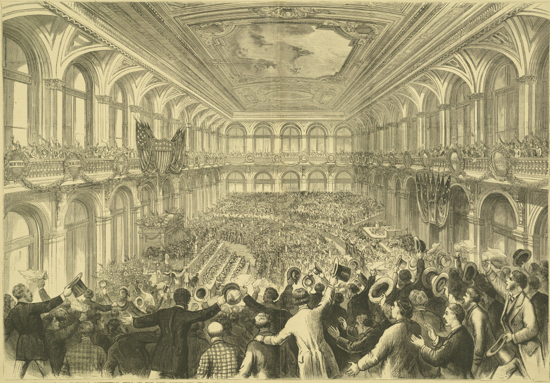 If you’re a corporate type (sometimes like me), you think a convention is a trade show where industry insiders get together to discuss current developments in their field, while a variety of vendors try to interest potential new customers in their products.

If you’re a political junkie (also like me), you might think a convention is an event at which a political party nominates its candidates.

And if you’re a geek (again, I self-identify), you think a convention is a long weekend of panels, exhibits, cosplay and shopping.

As it happens, I enjoy all but the first of these conventions. My dad took me to a few shopping center conventions and I loved walking through the exhibit halls, considering new kinds of fixtures to put in the stores I imagined I owned. Once I went to a television convention where various studios shilled their programs for syndication, and I met Pat Robertson and Alan Thicke. And I used to love ABA, the convention for the American Booksellers Association, where bookstore owners planned their fall purchases.

This year, the political conventions of our two main political parties wrap around the San Diego Comic Convention. Can we tell them apart?

There are significant differences, however.

I won’t be at any of these events, but I look forward to bitching about them from the comfort of my living room.