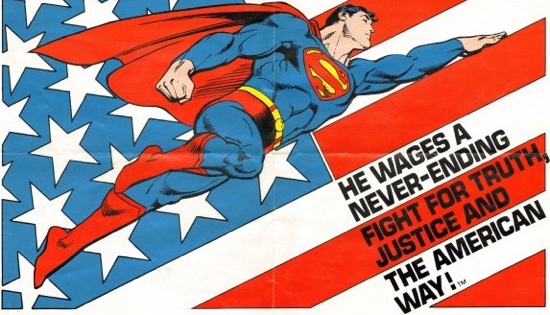 There’s a lot to comment about in the comics and popular culture community this week – Rebirth, Civil War II, who screwed over whom but did they really… the usual stuff that promotes our fannish wrath and strokes our inner-nine-year-old. But I don’t feel like it. Sure, I could fake it but you’d see through that in a heartbeat.

In this space yesterday, Joe Corallo eloquently and soulfully expressed his views regarding Sunday morning’s Pulse massacre in Orlando Florida. Joe deftly tied the story in to our comics community, and as a writer and as his editor I applaud his effort. Crom knows I couldn’t top that even if I tried, and there’s absolutely no need to try. So, instead, I’m going to tell you about how a couple of our pop culture icons handled it.

Sunday night, John Oliver attached a two-minute opening to his political comedy news show. Oliver had a problem I wouldn’t wish upon any broadcaster, although most of us have faced lesser versions of it from time to time. Everybody woke up Sunday morning to the news out of from Orlando, and the news junkies among us (ahem) spent the better part of the day watching and listening to the coverage – particularly Brian Williams’ amazing marathon anchoring job at MSNBC. And several million of us pretty much go to bed after watching Oliver’s Last Week Tonight. There are plenty of people who labor in that field; John Oliver’s show was the first one up. 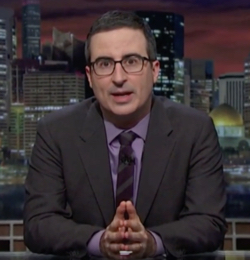 He expressed his outrage, to be sure. What he said kinda sorta seemed like an apology for doing the subsequent comedy show, but if you pay attention to what he said you’ll see that was not the case. In fact, he made what I regard as the most gratifying statement I’d heard on the subject: “I will happily embrace a Latin night at a gay club at the theme park capital of the world as the ultimate symbol of what is truly wonderful about America.” Indeed.

Monday, Rolling Stone magazine covered Bob Weir’s comments at Sunday’s Bonnaroo Festival, held in Manchester, Tennessee. The Grateful Dead’s guitarist/vocalist said the anti-LGBTQ rhetoric coming from some prominent members of the Republican party mirrors the language of groups such as ISIS. Weir noted Georgia Rep. Rick W. Allen’s comments from the state legislature, quoting Romans 1:18-32 and Revelations 22:18-19 – the bits about how lesbians, gay men, bisexuals, the transgendered and queers (LGBTQ) are “worthy of death.” Not a steroid-raging young lunatic who had enough cash to buy a Sig Sauer MCX assault rifle, but a member of the state house of representatives presumably elected by the people in his district. You know, a position of honor. 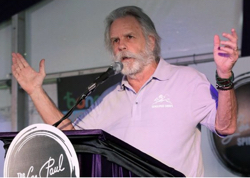 Explain to me again the difference between fundamentalist Muslims and fundamentalist Christians and exactly who we should ban from our nation’s shores in order to protect the security of all Americans.

This latter bit comes from the mouth of Republican Presidential Candidate Donald Trump, who, after the Sunday morning massacre, doubled down on his position that Muslims should be banned (somehow) from entering this country. Not that such an act would have stopped the Pulse gunman: this asshole was born in America – in fact, he was born in the borough of Queens, New York City, the same place where Donald Trump was born.

How do we put an end to this madness? Well, of course we must speak up and we must speak out. We cannot stand by idly while our elected psychopaths call for the building of new and improved ovens.

More important, as people involved in our popular culture, both as financial supporters and as creators, we must speak out within the framework of our media and back those who do so. It is our obligation as human beings, and it is most certainly our role as Americans.

Do you need proof of that? Okay, friends. Here it is.

Truth. Justice. And the American Way.