Martha Thomases: Not Just Another Word 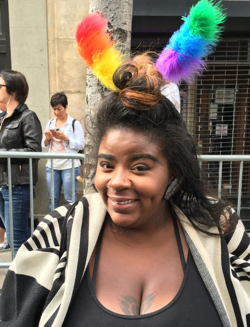 “They hate us for our freedom.” George W. Bush

Like my pal Joe Corallo, I find it impossible to think about anything other than the massacre in Orlando. Comic books and other pop culture ephemera seem trivial in the face of such unfettered and violent hatred.

That said, we need our entertainment more than ever. We need joy and pleasure in our lives. That’s what makes us who we are. That’s why life, liberty, and the pursuit of happiness is in the Constitution. As John Oliver said at the opening of his HBO show on Sunday, about why the Pulse nightclub was a target, “Latin night at a gay club in the theme park capital of the world is the ultimate symbol of what is wonderful about America.” 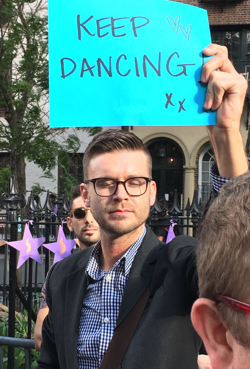 It’s too easy to blame the attack on radical Islamic terrorism when so many radical Christians share so many of the same sentiments.

It is my opinion that most of the problems of modern American society come from our Puritanical mistrust of pleasure. We can’t allow anyone to enjoy sex or drugs or food or music or at without some suffering to offer in atonement.

It’s time we denounced these beliefs as un-American.

It’s time we minded our own business.

If a woman wants to wear a burqa or a hijab, or a thong and Spanx, she should go ahead and wear whatever she likes. I’m not going to wear any combination of those things, but any other woman’s choices have no effect on me. 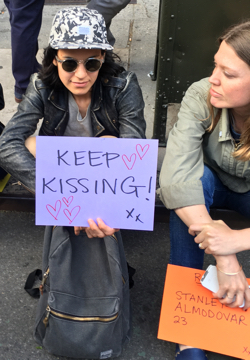 If you want to be vegan or kosher or halal or gluten-free, that’s great. My food choices occasionally fit into some of those categories, too. Mostly, you should eat what makes you feel good in your body and what delights your taste buds. I would only caution you, as the Jewish mother that I am, to pay attention because as you age, you might have to adapt.

If you want to read sexist, racist, transphobic, homophobic, militaristic and/or xenophobic comic books, go right ahead. I might judge you, but I won’t stop you. Perhaps we can have a conversation about why you like them and I don’t, and we might each learn something useful about humanity.

Most of our parents and grandparents and great-grandparents and their ancestors came to this country because it offered them the opportunities they couldn’t find in their homelands. They came because the Constitution promised them separation of church and state. Freed slaves and their children were promised the same. It’s true that our governments have sometimes tried to renege on these promises, but that’s because it is a government by the people, and people make mistakes.

What makes us great as Americans is our inclusiveness. We don’t have to agree with each other about everything.

We are only required to pursue happiness.