Mindy Newell: On The Road Again 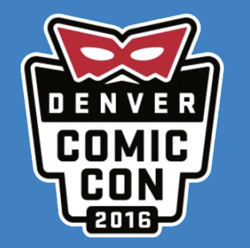 My parents were not the types to do “stay-cations.” In their lives together they travelled around the country and the globe by car, by cruise ship, or by jet, although they never did make it to China or India as a couple. My mom wanted to go there, because, I think, my dad had been stationed in the CBI (China-Burma-India) theater of operations during WWII, and he would claim he had had enough of Chinese food to last him the rest of his life. This explains why we are the only Jewish family I’ve ever met who never went to a Chinese restaurant on Christmas, but actually I think it was because he didn’t want to dredge up old memories, the rotten kind.

Anyway, I don’t remember where they were, but on one vacation they met Muhammad Ali, who was gracious enough to take a photo with them. (I wish I had that photo to post, but I have no idea where it is these days.) This was sometime in the early 70s, and the country was not yet out of Vietnam, so I was a bit surprised to find out that they admired Ali not just for his boxing, but for his stand against the war. This was because at that time I was still a rather bratty kid who thought her parents were two of those middle-aged “love it or leave it” types who swallowed every lie coming out of Washington.

That picture was my first inkling that my father and my mother were individuals, intelligent people able to see past the bullshit and form their own opinions. Did this mean they were going to go out and march against the war? No, they weren’t that radical. But that war sure pissed them off. (A decade later, I first learned of Eisenhower’s warning about this country’s “military-industrial complex” in his farewell address to Congress in a conversation with my dad shortly after they returned from a trip to Washington, D.C., where they went to the newly opened Vietnam Memorial.)

Speaking of traveling, this weekend, Friday, June 17 through Sunday, June 19, I’ll be a guest at the Denver Comic Con, put on by the Pop Culture Classroom, a non-profit organization that was founded in 2010 as the Comic Book Classroom. Their aim is to enhance kids’ education and reading ability through the use of comic books and related media.

I really, really love their mission; I know it’s hard to believe for many of the younger fans, but once upon a time reading comics was not considered by any standard to be “cool.” If anything, it was generally thought of as being a sign of moronic ability, of the very opposite of intelligence, of an early-warning system to detect juvenile delinquency and a future that would definitely include time in the Big House. I know that my own parents, although proud of my early reading skills, were worried enough to consult with my “Uncle” Max – he wasn’t really my uncle, but our families were that close to warrant the moniker – who was a principal in the then-noted New York Public Schools System (yeah, hard to believe, huh?) and who told them not to worry, “the important thing was that I was reading, not only reading, but developing a real love of the written word.” And besides, how many 5-year olds could tell you that the Earth was “93,000,000 miles away” (thanks for those Editor’s Notes, Julie [Schwartz]) or could tell what the word invulnerable meant? Or that Metropolis and Gotham were actually synonyms for the word “city.” (I remember puzzling that out and then thinking it was funny and weird that Superman’s hometown was really just called “City” and that Batman’s turf was actually named “City City.”)

So come look for me in Denver – home to Peyton, brother of Eli – and say hi. I’ll have a table in Artist’s Alley (which is kind of surprising to me, to be honest, because I’m definitely not an artist; stick figures is what you’ll get from me, and not even good stick figures) and I’m on a bunch of panels, including one dedicated to Wonder Woman, who’s celebrating her 75th anniversary this year – damn, she looks good for her age! – and one called “Superstars of the 70s, 80s, & ‘90s.” which made me laugh, because I never thought of myself as a “superstar,” and then made me look in the mirror and wonder about a facelift – or at least Botox. And five more, including “Women in the Industry Today.”

Which is kind of sad, in a way, because at my very first convention, in Chicago, which is where I met BFF Kim Yale and her hubby, Johnny O., I was on a panel about “Women in Comics,” and that was 30 years ago. As pal Martha Thomases says, when is there going to be a panel about “Men in Comics?”

But don’t worry. I still have a lot to say.