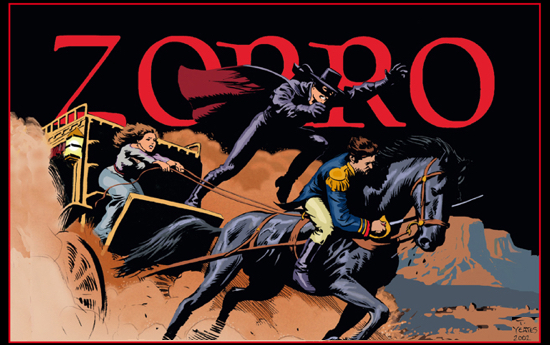 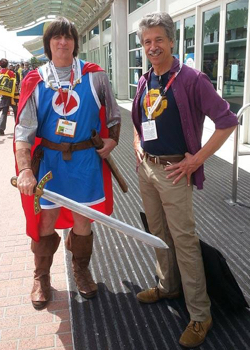 A few years ago when I had the honor to moderate the Joe Kubert panel at New York Comic Con, I was pleasantly surprised by how many great stories one of the panelists shared.

These tales were spun by Thomas Yeates, one of the first graduates of the Kubert School. Yeates has enjoyed an extraordinary career, drawing iconic characters iconic from Tarzan to Swamp Thing, Conan to Captain Action and even Dracula. And there are so many more.

I still enjoy his brilliant work each weekend when I pick up the Sunday paper and read Hal Foster’s Prince Valiant.

Recently, I caught up with Thomas Yeates and chatted about his recent efforts.

Ed Catto: You’ve been illustrating the Prince Valiant weekly comic strip for some time now. How’s it all going?

EC: What are some the challenges you find as opposed to traditional comics or illustrations?

TY: The main problem is the reproduction. I’ve had to limit the line work to accommodate a weird registration problem that we see today. Comic books have much better printing. The format differs from paper to paper, but I’ve been able to deal with that. 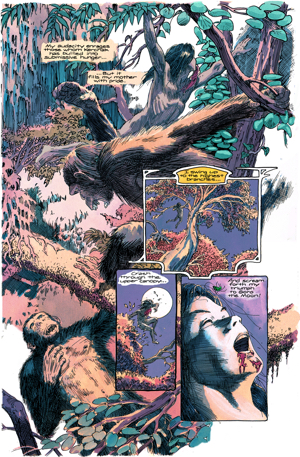 EC: The longevity of Prince Valiant is astounding. Why do you think it endures?

TY: Well the main credit for that goes to Hal Foster who created, wrote and illustrated this Sunday only strip. And, of course, the hard work of those who followed Foster. He set the bar so incredibly high that all of us who’ve continued the strip have tried our best to maintain that level of quality. At least that’s what I think.

EC: Who’s your favorite character in the Prince Valiant cast?

TY: Val himself. His wife Aleta is wonderful too. It’s much better when there are women in action adventure stories. And of course Gawain is always a kick.

EC: I’ve heard rumors that your mini-series, Tarzan: The Beckoning, first published by Malibu in the 90s, is going to be reprinted. Can you tell me more about that?

TY: Yes. We just finished working on that for about nine months, Dark Horse, two assistants and myself. We fixed the coloring, I added a little new art and tweaked the story. There were production problems in the original version so the new collection will be much better, including pages put back in order that were out of order in the Malibu version. I think it will be out in the fall.

EC: One of the issues Tarzan: The Beckoning dealt with was the slaughter of elephants and the ivory trade. We see that countries and organizations are still struggling with this issue, as evidenced by the crushing and burning of ivory. Do you keep up with the issue and what insights might you have?

TY: That’s a terrible situation. “When will we ever learn?” as the song says. Yes, it’s ironic that just when The Beckoning is being reprinted with its fight against the ivory trade theme we find elephants being slaughtered for their tusks again, just like when I originally created the story some 24 years ago. Yes, I follow the issue and had input from various experts back when I wrote it. One of them, from the Environment Investigation Agency, came back and contributed an update on the situation for the new Dark Horse edition. 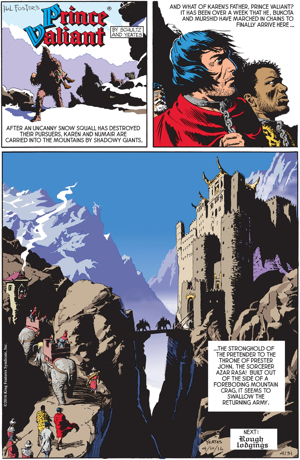 EC: In The Beckoning, your version of Tarzan’s wife Jane was exceedingly lovely. Can you tell me a little bit about how you envision these characters?

TY: Well I was quite taken by Maureen O’Sullivan who played Jane in the Weissmuller films of the 1930s so she was my inspiration there. Plus Burroughs descriptions of Jane, and Russ Manning always gave her such beauty and dignity and I wanted to maintain that.

EC: I also seem to recall that you snuck a few of your other characters into that mini-series. Is that correct?

TY: Yes, I do that sometimes to keep myself amused. In the crowd scenes there are environmental activist friends I knew then and The Timespirits as well.

EC: Will you be at San Diego Comic-Con again this year?

EC: What keeps you coming back every year?

TY: Good question. Why the hell do I keep going? Recently because my daughter Olivia likes to go with me.

By the way I should mention there’s a new reprint of all the Zorro newspaper strips I did with Don McGregor and Tod Smith coming out from a German publisher <at that same time>, including an English language version.

EC: Yes, Uwe Weber filled me in. The German independent publisher “Classic Heroes” Is launching two exclusive Zorro-Dailies Editions in July 2016. The books will be available only thru direct orders at zorrodailies.com or classicheroes.de . He also explained that fans can find the complete information on these two beautiful books, and all the various projects on the ThomasYeates.com site.
EC: What keeps you going as an artist every day?

TY: What keeps me going as an artist every day is another good question, Ed. I have to make a living and this is what I know how to do. A great script is always inspiring too. I’m still trying to figure out how the great artists I love, like Foster, did it. Sometimes that challenge keeps me going.

EC: Ha! I think there’s a lot of us who to try figure out how you do it, Thomas! Thanks so much for your time and insights.

(Editor’s Note: Prince Valiant by Mark Schultz and Thomas Yeates, is available online along with over 100 other current and vintage King Features comic strips – The Phantom, Mandrake the Magician, Popeye, Flash Gordon, Buz Sawyer, Johnny Hazard, Zippy The Pinhead and a slew of others at www.comicskingdom.com. Tell ‘em ComicMix sent you, and then ask yourself why you’re talking to your computer.)