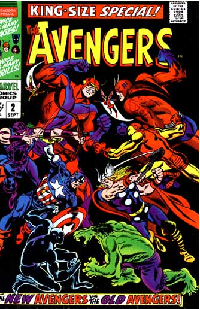 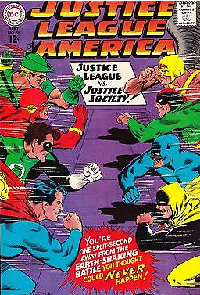 It’s been a month of big wins for Geek Culture, both domestically and internationally. Last weekend, we celebrated the 15th Year of Free Comic Book Day. FCBD was sparked by Joe Field’s sweet tooth and love of Free Ice Cream Cone Day and has now grown into a worldwide phenomenon. In anticipation of it all, there were articles like this from the Guardian helping Brits find the best Free Comic Book Day Comic Shops in the UK. And you might have read my column last week. I covered the enthusiasm of thousands of FCBD fans in metro NYC.

The other big news was the astounding box office results for the new movie, Captain America: Civil War. This picture’s opening weekend was $181.8 million, making it the best debut of any movie this year, and ensuring it will be one of 2016’s biggest successes. Worldwide, it’s a similar story, and the international box office embraced the picture with an additional $496.6 million.

Much has been written about Warner’s Batman v. Superman: Dawn of Justice. The distinguished competition tried to steal a few pages from Marvel’s cinematic playbook and they enjoyed strong box office revenue. But they also suffered through fan backlash and critical analysis.  Many feel that like a car crash, there was an urge to slow down and check it out. Did fans begrudgingly see the movie? One critic nailed it with the phrase “The Cinema of Obligation.” 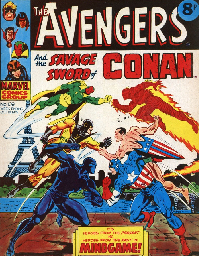 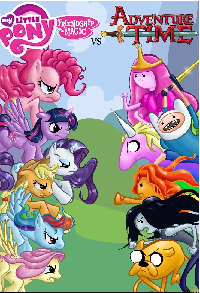 This third Captain America movie debuted as the U.S. is coming to grips with a contentious national election. So many voters complain that they don’t like either presidential candidate, and the negative ratings that pollsters report confirm that.

But Geek Culture has known a secret for a long time. You don’t have to hate the “other guy” during an argument. In comics, you can call it a Civil War or you can call it an unfortunate misunderstanding. In Geek Culture when the good guys fight, it’ s more likely there’s been some miscommunication that leads to a short-term conflict. But in the end, they patch up their differences and their friendships supersede their temporary conflict.

The visual of super heroes, who are usually friends, squaring off against one another was a central part of this movie’s marketing. These visuals have been around for a long time. I’ve peppered this article with a few favorites. 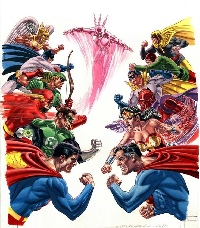 Last week, actor Bryan Cranston was educating Bill Maher (!) on how a generation ago, Washington’s social events would routinely include folks from both sides of the aisles. They’d duke it out all day on issues like segregation, then get together for cocktails (with their spouses) and exchange stories about their families. They became friendly off the battlefield of politics.

That’s kind of the way it has always worked in comics, and I wish people passionate about politics would learn a thing or two.

NY Times critic A.O. Scott observed that Captain America: Civil War was less of a civil war and more of an intramural basketball pickup game. He was right. And that’s what makes it so much fun and so successful.