Molly Jackson: What Am I? 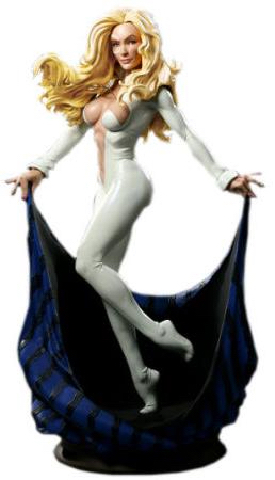 When deciding what to write about this week, it was a tough call. There was a lot of good and bad news but in it all, a couple stories caught my eye.

Last week, it was revealed that the new Star Trek series will not take place in the JJ Abrams created universe. If you’re a fan of those movies, I’m sorry but every Trekkie released a sigh of relief at that news. We are returning to our roots!!! The shows format will actually be an anthology series, taking place over different times in Star Trek history.

Now that this has been announced, I can only wish that my hopes for this show can be realized. They have so many opportunities in front of them to showcase the best possible future and traditionally taken that path. With Rod Roddenberry on staff, I fully expect that the show will be steered with diversity in mind. This means we see women and minorities in roles of power, stories about social issues veiled by aliens, and genuine hope that humanity can be better.

On the other hand, last week we got tit windows. Yup, indie creator Kate Beaton went on a tirade about tit windows, in regards to Dagger’s outfit from Marvel’s Cloak and Dagger comic series. This series started getting renewed attention with the announcement that a TV show is in the works.

Beaton’s issues stem from the unnecessary openings in the chest area of the costume. Now, this is far from new for almost any female superhero. Female comic characters, especially in superhero books, tend to display more skin than practicality dictates. It’s long been a subject of contention but has sparked interesting debates and some change in comics.

On the surface, these two topics seem disjointed. However, both represent an idea for how the world works. Dagger’s costume shows that despite being a fully developed and interesting character, sometimes your physical assets are all people see. Beaton is fighting for change in the industry. Star Trek traditionally representing another opportunity for women to shine, with attention placed on their character more than their appearance.

Maybe I’m reaching for this connection. I know deep down that Hollywood, comics publishers and entertainment industry in general will always do what they want, despite calls for change. Still, I think there is hope for the future. I can’t help it. I’m a Trekkie.