Mike Gold: Imitation Is The Sincerest Form of Thievery 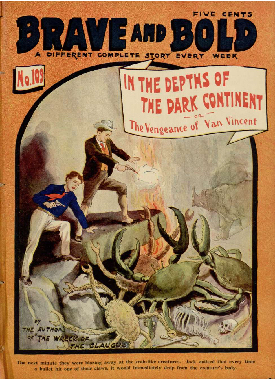 The 1950s were a time of great experimentation for comic book publishers. Retail outlets were disappearing and post-war military scale-backs undermined PX sales. Superman was kept alive by its massive television exposure, but virtually all other superhero comics were either gone or in deep trouble.

Necessity being the mother of invention, comics publishers back then had no choice but to try new ideas and concepts. Western comics were hit-or-miss; those that featured top-line movie stars or characters were doing okay, the others were sort of meh. Romance comics, teevee tie-ins and some funny animal books were selling. The horror and crime comics that had been keeping publishers such as EC, Harvey and Gleason in the money were being condemned by the media, camera-hungry politicians and sanctimonious self-appointed “experts.”

So until DC and Marvel finally succeeded in rejuvenating the superhero genre, experimentation was the watchword of that decade. And that brings me to the subject of Robert Kanigher. 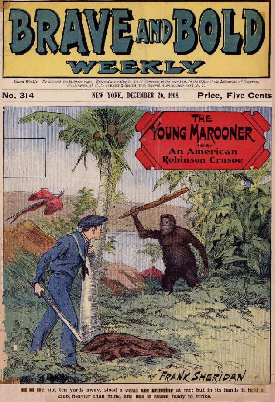 This man was a legend. A writer and editor, Bob was best known for creating or co-creating Sgt. Rock, the Metal Men (over a weekend, no less), the silver age versions of The Flash and Wonder Woman, Poison Ivy, Rose and Thorn, Ragman, the Viking Prince, Sea Devils, and Enemy Ace. On the other hand, Kanigher was also… well… according to Wikipedia: “Kanigher was as well known for his unstable personality and violent temper as he was for his brilliance as a writer.”

I can attest to this personally, even though we got along quite well. When he died in 2002, I phoned a major comics writer/artist, a decent, considerate and polite man with a fine sense of humor who was a student of Bob’s at the Joe Kubert School. He immediately let out a joyous rebel yell that could halt a Lynyrd Skynyrd concert.

Kanigher also had a fantastic memory.

When DC Comics was searching for new ideas and formats, he came up with quite a few – and most of them were quite good. Some were brilliant. He started up a title called The Brave and the Bold which initially featured legendary white knight types such as The Silent Knight, the Golden Gladiator and the Viking Prince. In issue #25, he dumped the swordplay in favor of a new series, Task Force X – The Suicide Squad. 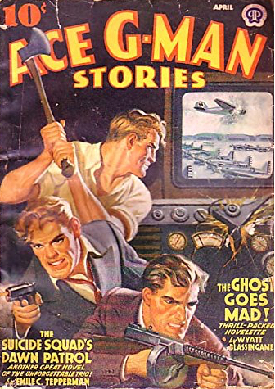 This Suicide Squad ran six issues before being retired to the Old Comic Book Characters’ Home. The name was resurrected by John Ostrander in the mid-1980s in the Legends mini-series, and that’s the concept that was in the Arrow teevee series and will be in the movie theaters in August.

Shortly after the turn of the last century, Street and Smith started up a weekly prose magazine on pulpwood paper featuring rip-roaring adventures. It was called Brave and Bold, and it ran for 429 issues. Not a bad run at all. Publisher of Nick Carter Weekly, Street and Smith went on to create The Shadow, Doc Savage, The Avenger and many others.

The Suicide Squad is another matter. There was no such magazine under that name before Kanigher’s creation. However, The Suicide Squad was the very popular lead feature in Ace G-Man Stories. The G-Men (government men; the movies’ version of a highly idealized FBI) genre was very popular in our media and as far as the pulp era was concerned, The Suicide Squad was the leader of the pack. Created by Emile C. Tepperman (Operator 5, The Spider, Secret Agent X) the series ran from 1939 to 1943, when the host title was cancelled due to wartime paper shortages. All or almost all of these stories remain in print in anthologies and in electronic books. 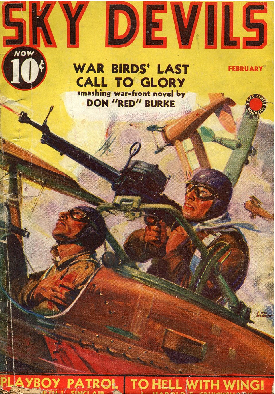 So… did Bob Kanigher “borrow” these names? Let’s be fair: they were not under trademark, and publishers recycled titles all the time. If you don’t believe me, riddle me this: if Fawcett sold its characters to DC Comics, why does Marvel publish Captain Marvel? Hint: it’s not because of the word “marvel.”

Or maybe, just maybe, Bob’s encyclopedic memory stored the details of Sky Devils, a pulp series that ran from 1938 to 1940. That one was published by Martin Goodman, the man who, at that very time, was preparing to launch something called “Marvel Comics.”

Of course, that Sun Devils is not to be confused with DC’s Sun Devils, created by Gerry Conway and Dan Jurgens.