When I applied to University of North Carolina (UNC) Graduate School of Business to earn my MBA, one of the application’s essay questions asked “If you were go back into time to the founding of this university, what three items would you bring with you?”

I imagine the purpose of this was to discern candidates’ true character based on which items were most important to them. I bet there were a lot of answers that listed items like family photos or the Bible. I took a different approach. Having grown up on a steady diet of time travel comics and stories (most notably Mark Twain’s A Connecticut Yankee in King Arthur’s Court) I interpreted the question in a different way. I answered it by thinking about the three items that would have the greatest positive impact on history. One item I recall bringing back in time (in my essay) was the cotton gin. This would help me get the competitive edge on Eli Whitney, and revolutionize the labor market and possibly bring an earlier end to slavery. 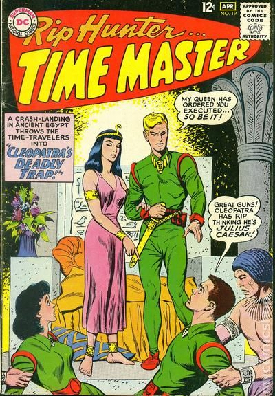 Everyone loves time travel adventures. They are everywhere. One could argue that Dickens’ A Christmas Carol is a time travel story (I think it’s really an alternate reality story, but that’s another column). As a kid in the sixties, so many shows would have a time travel episode (Voyage to the Bottom of the Sea, Star Trek) and some used time travel for the entire premise of their series (Time Tunnel, It’s About Time). I grew up just knowing that I’d have an adventure with dinosaurs one day.

Today you can’t swing Shodringer’s cat without hitting a time travel adventure. Even the new iPhone6 ad ends with the admonition “Live Photos…transport you through space and time. I’m kidding, time travel is dangerous.”

But let’s be realistic – Geek Culture is leading the way, or at least is waving the battle flag of time travel adventures.

Superman and Batman always had a lot of reasons to journey through time. In fact as a teenager, Superman’s had to travel through time to visit his best friends. These vintage time travel stories were silly and fun and never really had any lasting affects or severe implications.

Rip Hunter, Time Master was one of those early sixties oddball DC comic series that never really fit in with the rest of the DC mythology. Instead of developing superpowers or fighting crime, Rip had developed a Time Sphere and adventured through the ages with his girlfriend, best buddy and his girlfriend’s pesky little brother. They’d embark on adventures ranging from solving historical conundrums to videotaping live dinosaurs for a contemporary museum exhibit! 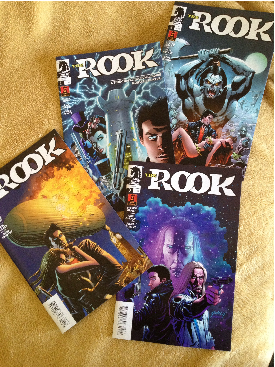 Today, of course, Rip leads a ragtag team of trademarked DC heroes through time every week on a popular CW television show. I think it’s safe to say that even the most loyal, the most devoted, the most wildly optimistic Rip Hunter, Time Master fan from 1964 would never have imagined that Rip Hunter would one day be starring in his own TV Show. And be renewed for second season.

Lately two other comic chronological adventures have shown us how much fun this concept can be.

The Chrononauts by Mark Millar and Sean Murphy tell the tale of the world’s first time travel experiment, but it’s a cautionary caper story of cocky entrepreneur-like scientists who live in our Donald Trump dominated world, where major events all too easily slip and slide into reality shows. In this tale, the protagonists do in fact change and re-change history, and their motives aren’t exactly pure. There are ramifications for these characters, both in big and in (cleverly-written) small ways.

Murphy’s art is a joy to drink in. He’s got a rock solid understanding of anatomy and composition, but renders his pages with a brisk sense of urgency. And his powerful scenes reveal an imagination that would make a movie’s budget director weep like a baby.

The Rook, from Dark Horse, is also a recent four issue miniseries. Two masters of the genre, writer Steven Grant and artist Paul Gulacy are the creative team behind this rebooted time traveling hero.

(As an aside, Gulacy is no stranger to top-notch time-travel stories. His recent Time Bomb series from Radical Comics a few years ago was exceptional – kind of like a Rip Hunter on steroids.)

“One of the most intriguing and fun comic themes I have worked on have dealt with time travel,” said legendary artist Paul Gulacy. “Time Bomb and the current Rook series come to mind.”

In the late 70s, Bill Dubay created the Rook for Warren Magazines. As an alternative to the horror adventures and sexiness of Vampirella, the character was fresh, creative and a big hit for the publisher.

Grant and Gulacy have brought The Rook back in style, and clearly are having fun hopping through time. In fact, the Rook’s ancestor was a character in H.G. Well’s The Time Machine.

And I think that’s the most appropriate place to end a column on time travel stories, the place, or one of the places, where it all began. 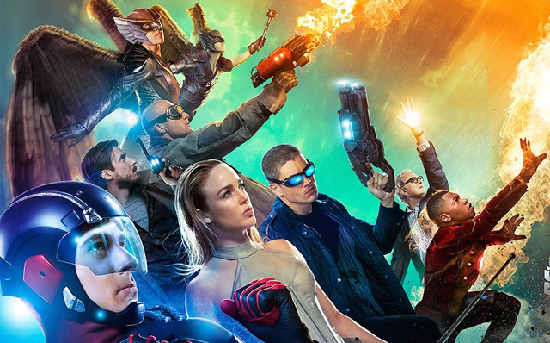