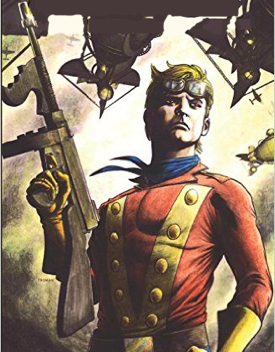 It’s high political season again, which is catnip to people like me and my fellow ComicMixers. Our meetings would take only half as long as they do if we could skip the ranting and just get down to business.

This year is unusual in the level of anger we see in the electorate. Of course we have seen anger before. I, myself, would occasionally chant “Hey! Hey! LBJ!/ How many kids did you kill today!” In recent memory, the current version of the Tea Party began in rage and paranoia, with lots of murmurs about “secret” Muslims.

This cycle, however, it seems to me to be more. Lots more. Maybe I look at the wrong media, but there is so much fire on all sides.

I think this anger is related somewhat to the continued calls for diversity in all aspects of our modern life. If you read the link above (and I found it to be quite provocative), you’ll see that a great many middle-class and lower middle-class white voters, especially men, feel as if they aren’t being heard.

To anyone who isn’t a white man, this seems, on its face, to be ludicrous. When one is anything but, every story told seems to be from the perspective of white men. They star in most mass media and even when they aren’t the stars, they are most often the writers and producers and directors. They are the acquiring editors, publishers and authors.

Most of us grew up in a world in which white men were the voices of authority, the guides of the narrative. We accepted that as normal. When it changed, some of us celebrated the increased choices, but some of us felt as if something was taken away. We felt lessened, and we want to “take our country back” or make it great “again.”

I’ve been hearing a version of this argument for at least 40 years. Men who played by the rules of their time, who graduated high school and got good (union) factory jobs could expect to build a home and family, with enough for an occasional vacation and a new car. Their wives would take car of the house and kids, and defer major decisions to the Lord of the Castle.

It seems to me this changed radically in the 1970s, and certainly by the 1980s, anyone graduating from high school with such assumptions wasn’t paying attention. However, the increasing income inequality means that the rules have changed (a college degree doesn’t guarantee anything but student debt), and there are more and more people who feel left behind.

Pop culture can’t fix this by itself, and certainly comics, one small part of pop culture, can’t. However, they can help alienated white men feel like they can understand, and even benefit from experiences different from their own.

As a Jewish woman, I’ve loved books written by devout Christians. As a feminist, I’ve enjoyed books by patriarchal men.

The book I’ve read most recently that gave me insight into the experiences of white middle-class (and lower middle-class) men was Trashed. There is no way I would be able to live a life described in those pages (for one thing, I lack the upper body strength), but reading the book made me feel that I knew what it was like.

It’s okay. We can disagree and still tell each other stories.