Marc Alan Fishman: Can I Love the Art But Not the Artist? 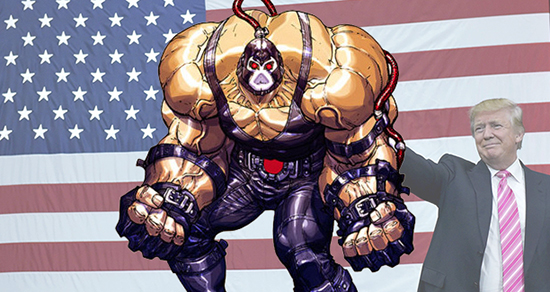 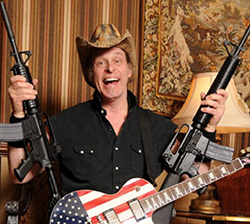 I’ve been perplexed. As I’m sure so many of you have been paying at least a modicum of attention to the comings and goings of our President, no doubt you’ve seen a rise of discourse throughout your social feeds and TV screens concerning the separation of art and the artist.

OK, it’s really an argument about whether using the national anthem as the background for non-violent protest is offensive. Okay. Follow me here, kiddos.

Among the master debaters I’ve followed, one argument floated to the top of my gaze. It was the notion that professional athletes are in fact paid to entertain and therefore should be reprimanded and subjugated to dismissal from their jobs if their actions fail to entertain the fanbase of said sports team from which they hail. In short, I think that argument is hilariously off-base. Professional athletes are in fact paid to play a game. Yes, they are company men who must project the professional je ne sais quoi of their team out in the real world. But they are American and are actually free to act as they see fit. Taking a knee during a song is not a fire-able offense. Period.

If you disagree, I know no amount of my chortling will change your mind. I welcome you to leave my column. Door is over there to the left, marked “Ignorance is bliss.” You find that offensive? Too bad. This is America and I can label my door anyway I want. Especially when the door isn’t real. 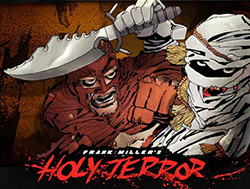 This whole kerfuffle led me down a path though – taking to heart the idea that certain artists (musicians, writers, fine artists, etc.) whose work I am fond of may hold different political, religious, or personal opinions than my own. And upon learning these things… could I in fact still enjoy their art separate from themselves?

Let’s start with comic books. Bill Willingham, Frank Miller, Ethan Van Sciver, and Chuck Dixon have each let slip their leanings towards a more conservative mindset. I’d even go as far as to say that I once followed one those men on Facebook before learning of said leaning. A few ranty posts later, I delightfully unfollowed them and skipped on down the road. I’ve read (and loved) a ton of Fables. Green Lantern: Rebirth remains one of my favorite series of all time. The Dark Knight Rises and Sin City are masterpieces worthy of college class theses.  And Chuck Dixon penned nearly a baker’s dozen of books I absorbed in my adolescence. Knowing what I know about who each of these men may have voted for hasn’t stopped me from loving any of their work since.

That being said, I felt no need to read Holy Terror.

While I personally never liked Kid Rock or Ted Nugent, I’d be lying if I said I’ve never bobbed my head to Bawitdaba or Cat Scratch Fever.

Remove the political leanings of any of the known conservative actors – Arnold Schwarzenegger, Clint Eastwood, Vince Vaughn, Chuck Norris, Angie Harmon, or even that Jew-loving Mel Gibson to name but a few – and I could easily rattle off any number of their works that I’ve willingly forked over cash to enjoy. All the while knowing about their personal viewpoints being dissonant from my own.

It we cannot separate the art from the artist, we push ourselves down a slippery slope. While I wish the matter was black and white (pun intended, I suppose), shades of grey still permeate my periphery. The other day I happened upon a marathon of The Cosby Show and was tempted to revel in what I largely consider one of the best sitcoms of all time. But Bill Cosby himself feels tainted to me. And while I know deep down Hulk Hogan is likely amicable to everyone in his personal life, or those men he danced with in the squared circle. But I’d be lying if I said that when I hear I am a real American play during some nostalgic top ten on WhatCulture: that I don’t immediately recall Terry Bollea’s racist gaffe. And it causes me to just go ahead and skip to the next video. So is life.

Where to fall now, though? For me, the litmus test lies in the totality of the person, and the quality of the art. There’s an algorithm to determine where my personal line of demarcation exists, but I’d like to think that if a person is civil in their ability to voice their opinion, if they consider the time and place when to share it and their ability to listen to the opposition with an open mind, then let them do and be free.

Let their art stand on its own, should it be art that is separate from their personal opinions. Because without that open mind, I know I’m only shuttering myself to worlds not yet explored. And that would be wholly un-American of me.