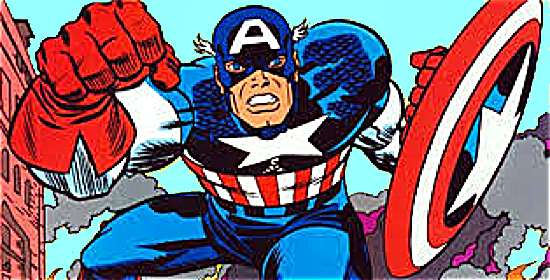 This, on top of Jane Foster taking over the role of Thor and some other recent choices, seemed to show that Marvel was moving towards broader representation and inclusion in their main titles to accommodate the rapidly changing demographics of comic book readers.

That is no longer the case.

Many have speculated that Marvel Comics would eventually go back to the original characters, the straight cis white male versions specifically, as they have done that time and time again over the years. As diversity in all entertainment mediums including comics has become an increasingly important topic as of late, we’ve been seeing more press roll outs of change ups at both Marvel and DC like when Sam Wilson took on the mantel of Captain America. Unfortunately, by bringing back Steve Rogers, the straight cis white male Captain America, they are undermining their own efforts.

Sure, Marvel is stating that they’re going to keep Sam Wilson as Captain America. They’re just going to have two of them at the same time. This seems like a means to keep people from initially being upset by the move, whether they’re comic book readers themselves or outsiders reporting on it. Or it’s a way to keep people have much of an opinion on this at all. I mean, Marvel isn’t taking away something, they’re just giving us more, right?

That’s a mistake. In comics, we’ve all seen this before. A disruption in the status quo for a time that will inevitably go back to the norm. Spider-Man had a black suit for a while, Superman died and came back, even Steve Rogers as Captain America was Nomad for a time before becoming Captain America again. Also, Steve Rogers got killed, replaced by Winter Soldier, just to come back only a few years ago, but who’s counting? And yes, I know there are plenty more examples, but you probably know most of them anyway.

Beyond just being tired, gimmicky cash-grabs, these sort of things hurt diversity in comics. Sam Wilson as Captain America had his first issue debut in October, and we’re already getting ready to bring back Steve Rogers by the summer. Less than a year of a black Captain America in the main continuity before going right back to white. Even if they keep them both as Captain America, we all know the sales are going to be better for Steve Rogers’ comic. He has the built in fan base garnered through 75 years of existence on top of having Chris Evans star as Steve Rogers in one of the most successful movie franchises of all time. What chance does Sam Wilson have as Cap?

We know how this story ends before it starts. Steve Rogers’ book will sell well, and Sam Wilson’s will maybe sell for a bit before sales dwindle enough where they cancel it. Maybe Sam Wilson will appear in team books or as a guest in comics, but Steve will be back on top in no time. Especially since this will be coinciding with the release of the new Captain America movie. And with Sam Wilson still being depicted as Falcon in the movies, it’s very possible he’ll go back to using that name again. You know, because synergy. Funny how that works, huh?

Not that you don’t already know this, but Marvel is owned by Disney. Disney has the money, if they really were invested in diversity, to promote a black superhero like Sam Wilson in the comics, or any other number of minority heroes, and to help make them a household name that sells. They managed that with a talking raccoon and a tree that can only say its name over and over again. Yes, Sam Wilson appears as Falcon in the movies, but he’s a minor character that hasn’t really had too much of a chance to shine or garner a fan base in the same ways. And absolutely no one seems to be calling for him to have his own solo movie, unlike side characters like Black Widow.

Now here’s where it gets tricky. I don’t like the idea of a boycott. It’s not the fault of the creative team on the Steve Rogers’ Captain America book that it will likely bump the Sam Wilson one out in time. If it wasn’t Nick Spencer and Jesus Saiz on the book, Marvel would get another team on it. Easily. This is an editorial decision. Yes, they may have asked some creators to pitch them some ideas on what to do with Steve Rogers as Captain America again, but Steve Rogers was going to get a new title as Captain America either way.

If you’re interested in Captain America when the Steve Rogers’ comic hits the shelves this summer, buy both books. If you can only afford one, buy the Sam Wilson one. That’s the one that’s going to need the higher sales numbers to stick around as a monthly title. Let’s show the comic industry, and specifically Marvel Comics, that we care more about change, diversity, and representation than we care about defaulting back to straight cis white men for the sake of nostalgia.

Maybe they’ll even stop rehashing the same storylines over and over if we’re proving to Marvel that we’ll buy new stories. If we keep defaulting back, we’ll never move forward, and diversity will be nothing more than a nice thought we ponder about from time to time.