REVIEW: Will Eisner: Champion of the Graphic Novel

Will Eisner: Champion of the Graphic Novel
By Paul Levitz
Abrams ComicArts, 224 pages, $40 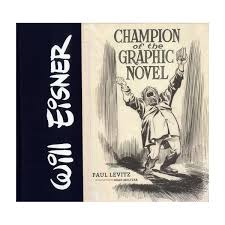 It took me a while to figure out that Will Eisner has been a part of my comic reading life since I was perhaps seven or eight. Mom found Jules Fieffer’s The Great Comic Book Heroes at our local library and brought it to me to read. I understood these were older works but I still recognized the main characters in the book. The final story, though, threw me. I didn’t get it, didn’t like it. I was clearly too young and not yet sophisticated enough to appreciate the Spirit section reprinted there.

But he was important enough for Feiffer to include and a few years later, when I was reading Steranko’s History of the Comics, I began to understand how important Eisner and his creation were.  By the time I got to meet Eisner, he had established himself as the premier graphic novelist and educator in our field. It was during the 1982 San Diego Comic Con when we were introduced and two days later, I was in the audience to hear his panel when I was suddenly asked to fill in for moderator Shel Dorf and interview Will on stage. We chatted about, I believe, The City and some of his other works and considering there was no time to prep, it went well enough. As he was with most everyone working in the field at the time, he was always friendly and welcoming whenever we saw one another.

It’s a real shame, though, that despite his pioneering efforts and visionary faith in the power of comics, Will Eisner has eluded the mass media fame he deserved. While there have been a few biographies (including a YA one I wrote in 2008) about Eisner, this book is the first exploration of his role in the birth of the modern day graphic novel. 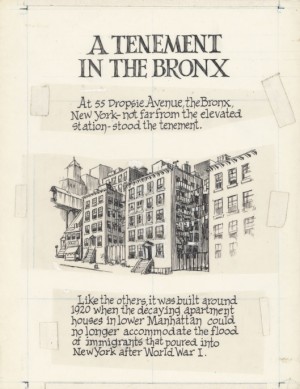 Former DC Comics publisher Paul Levitz and I have known one another for over forty years but I have always admired his keen intellectual approach to the business of comics. Here, in his first work unrelated to DC, Levitz walks the general reader, not the fan, through the evolution of both Eisner as a creator and of the graphic novel. There had been many attempts at long-form graphic stories prior to 1978’s A Contract with God, but as he argues here, it is the first work that captured the admiration of his peers and encouraged them to follow his lead. Later in the book, there is a transcript of a panel discussion that examines why Feiffer’s Tantrum¸ released at almost the same time, didn’t attract the same level of interest.

We watch as Eisner drifts from making most of his living from comic book material, but never gives up on the medium entirely. While he focused on other projects, including a lengthy run producing P*S Magazine for the army, the comics field was evolving, first with the arrival of the Marvel Age of Comics and then the rise of the undergrounds. By the time Eisner discovered them, he was lured back at a time he was needed the most. He saw what was currently happening, jumped right in with a revival of The Spirit, but more importantly, took a teaching role at the School of Visual Arts, training and influence the next generation of major creators.

By 1978, when Contract was released, the direct sales distribution channel was gaining importance so as Eisner was encouraged to produce more, a growing sales channel was ready for him, setting the stage for the graphic novel and collection edition (two separate types of books but treated as one by the masses) explosion that followed. If anything, I had hoped to read more detailed explorations of Eisner’s 1980s output which sometimes get lumped together.

Levitz, though, does his homework, getting collaborators and friends to help him trace why Eisner has endured and how his efforts helped shape the 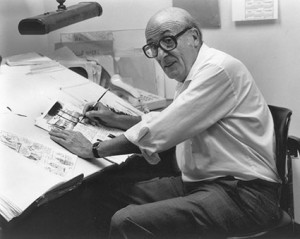 publishing world we currently live in.

The book measures 11.5” x 11”, an odd size to be sure, but one that allows Wisner’s work to be examined without crowding the words.  Designers C.S. Fossett and John Lind get credit for selecting a handful of the most familiar images and then stuffing the book with many other examples of Eisner’s strong storytelling and design. Much of it is shot from the original art and printed on heavy stock, looks wonderful.

Although Eisner died eleven years ago this month, his works remain in print and his influence can be found in monthly periodicals and the plethora of sequential stories aimed at all ages, covering all manner of content. The book does a fine job celebrating Eisner’s contributions and is written in a way that fans and the general public can appreciate.