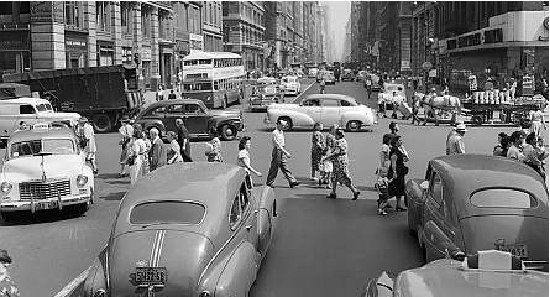 Even though police procedurals are all the rage on TV right now, I’ve always preferred detective shows and Film Noir movies. This week, let’s take a walk down some mean streets as I tell you about an outstanding Film Noir thriller. You’ll have to listen closely, as there’s no film at all. 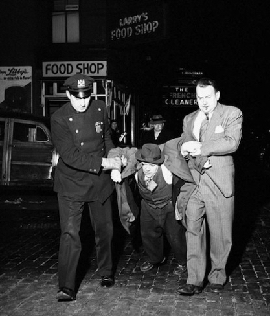 Broadway Is My Beat is a crime drama from the Golden Age of Radio. Originally broadcast in the late 40’s and early 50’s, this show follows the homicide caseload of Lt. Danny Clover, a cop assigned to the “Broadway Precinct” of New York City.

Each week Lt. Clover must solve a murder. And it’s all done Ellery Queen/“fair play” style, so the listener can figure out whodunit as well. These stories are pretty clever. It’s always a race for the listener to keep up with the police lieutenant and discover what really happened before it’s revealed.

The writers played fast and loose with the geographical boundaries of the precinct, so Broadway Is My Beat also becomes a travel log of a New York City that’s long gone. Any given episode might take you to Times Square’s Dance Halls, or to a seedy apartment building or to an ethnic neighborhood that simply no longer exists. 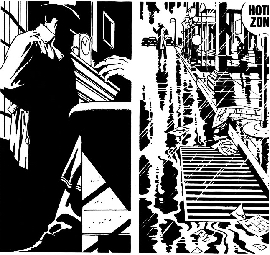 And as an audio drama, you’ll have to use your imagination for everything. I always tend to conjure up long dark shadows for most scenes and pretend it’s filmed in black and white. Of course, if I’ve recently read an Ed Brubaker comic, I tend to imagine Sean Phillips’ art (below). But if you envision Steranko, in full Chandler-mode, you can’t go wrong either.

These adventures offer a fascinating mix of purple prose and hard-boiled dialogue. Lt. Clover typically offers over-the-top narration for the reader, often speaking directly to you’ But when the characters talk, it’s a time capsule of New York, with loads of sass and moxie.

Here’s a great example of pulpy-but-poetic opening narration. This from a 1952 episode called The Eve Hunter Murder Case, written by Morton S. Fine: 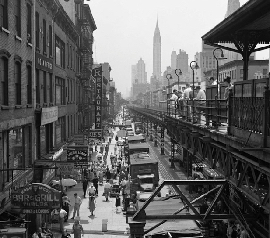 The pallor of the long day ebbs finally from Broadway,

What had been sallow and gray is a sudden scarlet.

Where drabness was, where surfaces were drained of color,

There’s a glitter that’s now silvery – darted through with splinters of neon light.

And at this edge of twilight the shock gathers … waits for the revelers.

The sighing wind draws them into it one by one,

From the long corridors, from hall bedrooms, from the embrace of solitude.

They drift, they run, they whirl to the dancing of the wind

The talent on this production is top notch. The best episodes of Broadway Is My Beat were directed by one of the most talented guys in the radio industry: Elliot Lewis. He was an important producer and a visionary with some of the later shows he created. He was also a very gifted comedian, appearing as guitar player Frankie Remley in the long-running Phil Harris – Alice Faye Show.

Larry Thor played the lead with an urgent, world-weary staccato for most of the show’s run. In fact, in so many episodes you can hear his impatience and frustration from constantly wading through death’s aftermath. Quite often, the police characters in the series will have to pause and apologize because they’ve just been too short or too rude to one another.

When the show hit its stride, Alexander Courage was in charge of the music. You probably remember him for his best-known work: the Star Trek Theme.

You can find episodes of Broadway Is My Beat at Radio Spirits, one of the premiere companies selling old time radio shows. You can also discover many episodes on the web, and Radio Archives has a great online collection.

Broadway is my beat, from Times Square to Columbus Circle, the gaudiest, the most violent, the lonesomest mile in the world. 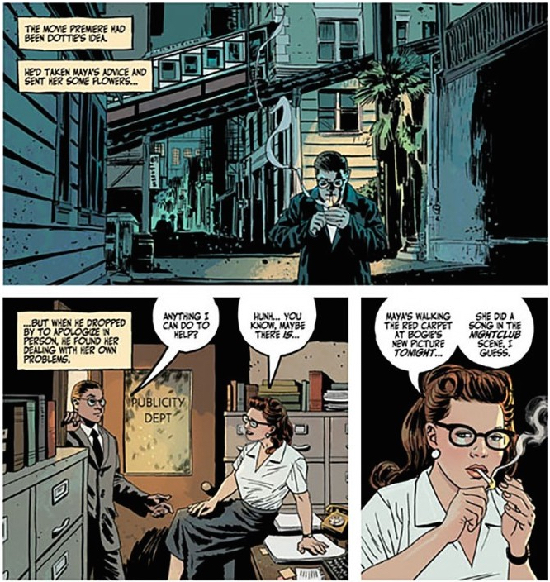