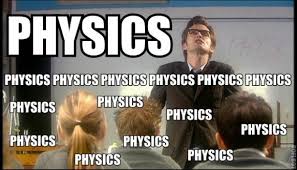 This scene will likely not happen in the new show.

Doctor Who is going back to school. BBC announced today a new spin-off for the popular series, aimed at young adults, and written by noted YA author Patrick Ness. Titled Class, the show will take place at Coal Hill School, historic location of the series, and feature the students facing threats from across space and time.

Set in contemporary London. Incredible dangers are breaking through the walls of time and space, and with darkness coming, London is unprotected. With all the action, heart and adrenalin of the best YA fiction (Buffy, Hunger Games), this is Coal Hill School and Doctor Who like you’ve never seen it before.

Steven Moffat, who will executive-produce the show, says: “No one has documented the dark and exhilarating world of the teenager like Patrick Ness, and now we’re bringing his brilliant storytelling into Doctor Who. This is growing up in modern Britain – but with monsters!”

Coal Hill School was the site of the first Doctor Who adventure, An Unearthly Child – The Doctor’s granddaughter Susan was attending the school, and endlessly impressed and confused her teachers with both her knowledge and naivete.  Those teachers, Ian Chesterton and Barbara Wright, blundered into the Doctor’s mysterious TARDIS and became his first companions on the show.  In the modern series, Clara Oswald is a teacher there, and the selfsame Ian Chesterton is now chairman of the school’s Governors.  We’ve already met several precocious students at the school who we can only hope and pray will make an appearance in the series, including future president of the Earth Courtney Woods (Kill the Moon), and little Maebh and fellow members of the school’s Gifted program (In the Forest of the Night).

We’ve seen a few spin-offs of the main Doctor Who series.  Elizabeth Sladen starred in the first, the one-shot pilot K-9 and Company, but it wasn’t till decades later that she got that series order, with The Sarah Jane Adventures.  Torchwood, aimed at an older audience, got its name from an anagram hastily contrived to hide the name of the actual show being filmed before the new series first aired, and went on to be a hit in its own right, both in the UK and the US.  For a brief period of time, Who-fen never had to wait for more than a handful of weeks before a Who-related series aired.

Patrick Ness, described by John Green as ‘an insanely beautiful writer’, is author of nine books, including six bestselling and critically acclaimed YA novels. He has written the screenplay for his own novel, A Monster Calls, which has been filmed for release in 2016 and stars Liam Neeson, Sigourney Weaver and Felicity Jones.

The new series will film next year, to debut on BBC Three, the digital/online channel later in 2016.  No details have been revealed if the episodes will overlap with the next series of Doctor Who, or which, if any characters from the main show will appear.