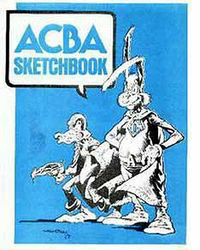 Time was when I was young and had not yet outgrown the need for hair that in the dead of winter, a lady friend and I rambled west and found ourselves in the San Francisco area. We crossed that big bridge and called on my Aunt Ethel, whom I had seen maybe once in my life when I was a little kid and who had no idea that we were coming. Knock knock, I’m your great nephew from Missouri you wouldn’t be able to pick from a lineup and this is my friend Anne and by the way, we have no place to stay and almost no money…

She was a nice lady, Ethel was, and she gave us room and board for a few days until we were ready to rehit the road. She was also a radical whose recently departed husband had been a pioneer union organizer in an era when, according to one story, union members went to meetings in groups armed with rifles. Anne and I were lefties in our early 20s and we were not big fans of unions. My father had gotten unwelcome attention from the Teamsters and in general we believed that unions were corrupt havens for the thug class.

Ethel, on the other hand, was one with Woody Guthrie and the other populists and believed the union movement to be a shining hope for the exploited and mistreated working man. So we disagreed, but we did it politely, and we were in a friendly mood when we left Ethel’s house in Corte Madera. I don’t know how or when Ethel died and I’m sorry about that. I should have stayed in touch.

Then I went to live in New York and pretty much forgot about organized labor until I became a member of the Academy of Comic Book Arts. ACBA’s mission was never very clear to me, but in broad, blurry strokes it was intended to be the voice of all us scruffy comics freelancers. What ACBA really did accomplish was to hold an annual awards banquet and hand out certificates (and later statuettes) to people who had done exemplary work before there were Eisners and/or Harveys. But there were no negotiations with management and when ACBA sort of faded away in 1977, the day to workaday situation of the comics creators hadn’t changed.

It’s gotten way better. We’re now guaranteed royalties, back end money, foreign use payments, various ancillary payments when other media get involved. We sign contracts and the bucks arrive and I’m okay with that. I hate bookkeeping – tax time is a trip to an unexplored corner of hell – and I’m willing to trust the folks out in Burbank.

But pensions? Medical benefits? Vacation pay? Maternity pay or its equivalent? Those are still not available to many of the gallant mavericks who slap ink onto paper and provide you with entertainment. Are we advocating unions? Shrug.

It may be that unions are remnants of a past century and there are other kinds of negotiating bodies possible to us now. Or it may be that the need for unionization is evolving into something else. But one service unions can still provide is fundraising. They can allow politicians unbeholden to billionaires to accumulate enough capital to mount a decent campaign. And at the moment, there are very few organizations able to do that.

And, you know, fossil that I am, I kind of like the two party system.