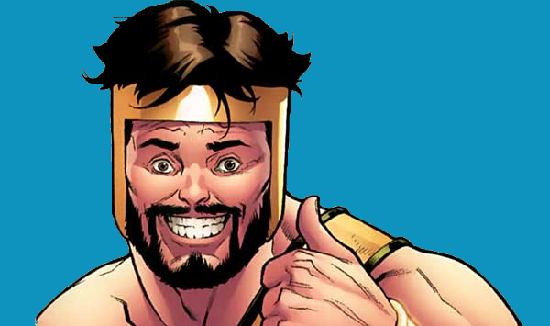 A few friends of mine on Facebook posted an absolutely fabulous op-ed by J.A. Micheline, calling out Marvel – and declaring a personal boycott – for some recent decisions passed. It seems Blade has been handed off to a pair of white creators, Hercules is now straight as an arrow, and I assume Spider-Gwen will be replaced by a straight white male version of the character with thigh pouches or something. Upon initial reading of her thoughts, my inner-chauvinist began to itch. A deep breath, a reread, and a few bites of dinner later? I’m fully on board with her fervor.

Now, let me be clear. I myself have boycotted mainstream comics for the better part of eighteen months. I haven’t felt fiction-deprived yet. I’ve enjoyed output from Marvel and DC: Ant-Man, Avengers 2, The Flash, and Teen Titans Go have sated me just fine, sans ink and paper. My boycott though, came not because of any particular editorial mandate or creative team injunction. It came because of the continual commitment to useless event-driven editorial calendars and the retconning of great stories in lieu of quick #1 issue cash-grabs.

Thus far, I’m two for two with DC’s re-Final-Crisising-convergence, and the All-New-All-Different-All-Shuffled-Marvel’s recent releases proving me righter than right. Am I missing some great issues? Likely. But on the whole, mainstream comic collecting requires a financial commitment a father of one-plus-one-coming needn’t part with.

Reading these current malfeasances via Micheline’s article didn’t hit me as being all that surprising. If anything, they were just continual symptoms of a much larger disease. That disease is greed. Axel and company are victims of a system that presently panders to the almighty profit – what little can be made in the floppies. Changing creative teams, changing sexual orientation, changing changes that were changed for the sake of change? All done in hopes of spiking sales just a wee-bit more. But her anger is not unfounded. She’s picking away at scars that scab over yearly. As an industry why does it always feel like we’re taking two steps forward and one step back?

Blade loses its black creators. Johnny Storm is portrayed by a black actor in the upcoming flop Fantastic 4. Hercules is declared straight, and I’m sure someone in DC has recently come out of the closet. But I digress. The point that Micheline is really after is rooted in the “old boy” classicism and predictably shallow attitudes they assume when fans take umbrage over these decisions. Axel and DiDio largely act as if we’re living in the enlightened age where talent is colorless, genderless, and sexually blind. But the truth is our world isn’t there yet. And to act in that manner otherwise comes across only as being out-of-touch. Akin, say, to jamming one’s fingers in their ears and yelling loudly over the sound of people asking for a little equality.

J.A. Micheline asks for no fewer than three new gay characters in comics, as well as three new black creators to be placed on ongoing titles. She’s following Dwayne McDuffie’s “Rule of Three” – adding three members of a marginalized group into any fold will cause the perfect amount of civil unrest. It’s hard to argue with her logic. When you break the status quo, you’re going to hurt some feelings. But frankly, feelings are there to be hurt, and then repaired with time and acceptance. Make more gay characters. Hire black creators, Asian creators, Muslim creators, and everybody else. Fans who may balk at the notion… happily hand them free copies of Youngblood.

Our industry – that of the talented outcasts now coming into our own – is better than others. I say this because so much good has been made under the comics umbrella. So many emotions given clarity. So many characters shown in multiple dimensions. So many myths made modern. We are a medium that should be built on inclusion and acceptance.

What are our heroes and villains, but the id of our very outer-ness made real? Symbols of hope, of joy, of angst, of loss, and everything in between. Surely that begs for those who push the pencils of the ledgers some modicum of social justice… to balance the scales of creation to prove to the other mediums of artistry that we are the torchbearers!

Consider J.A. Micheline’s boycott as I have: not the frustrated battle cry lambasting Marvel for a lack of diversity… but as a sigil for the future of comics at large. Be blacker. Be gayer. Be prouder, Marvel.