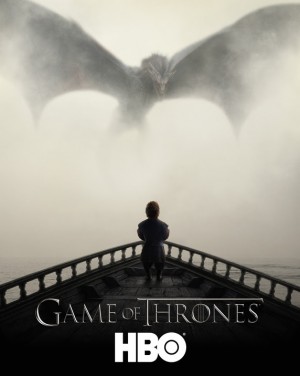 In an ever evolving world where the window between original release and home video ownership is increasingly shrinking, HBO announced this week that you can own the Digital HD version of Game of Thrones Season 5 nearly 6 months before you can own physical copies. Read the details:

New York, N.Y., July 30, 2015 – The “worldwide phenomenon” (USA Today) is back and this time fans will be able to download it on their favorite devices earlier than ever. Game of Thrones: The Complete Fifth Season will receive an early digital release on Monday, August 31, 2015 before its Blu-ray/DVD release on March 15, 2016. Fans can pre-order the season on Digital HD now through their favorite digital platforms. The release marks the first time a season of Game of Thrones is being released early on Digital HD. Season 5 of the hit HBO® show is the most-honored series for the 2015 Emmy Awards, with 24 nominations including Outstanding Drama Series, Outstanding Supporting Actor in a Drama Series (Peter Dinklage) and Outstanding Supporting Actress in a Drama Series (Emilia Clarke & Lena Headey). A season pass purchase of Game of Thrones: The Complete Fifth at select retailers is also packed with bonus content that takes fans behind the scenes of Season 5, including two never-before-seen pieces* available exclusively with the Digital HD release. Full details for the Blu-ray and DVD release will be announced at a later date.

Season 5 begins with a power vacuum that protagonists across Westeros and Essos look to fill. At Castle Black, Jon Snow struggles to balance the demands of the Night’s Watch with those of newly-arrived Stannis Baratheon, who styles himself the rightful king of Westeros. Meanwhile, Cersei scrabbles to hold on to power in King’s Landing amidst the Tyrells and the rise of a religious group led by the enigmatic High Sparrow, while Jaime embarks on a secret mission. Across the Narrow Sea, Arya seeks an old friend while a fugitive Tyrion finds a new cause. And as danger mounts in Meereen, Daenerys Targaryen finds that her tenuous hold on the city requires some hard sacrifices. This season features some of the most explosive scenes yet, as the promise that “winter is coming” becomes more ominous than ever before.