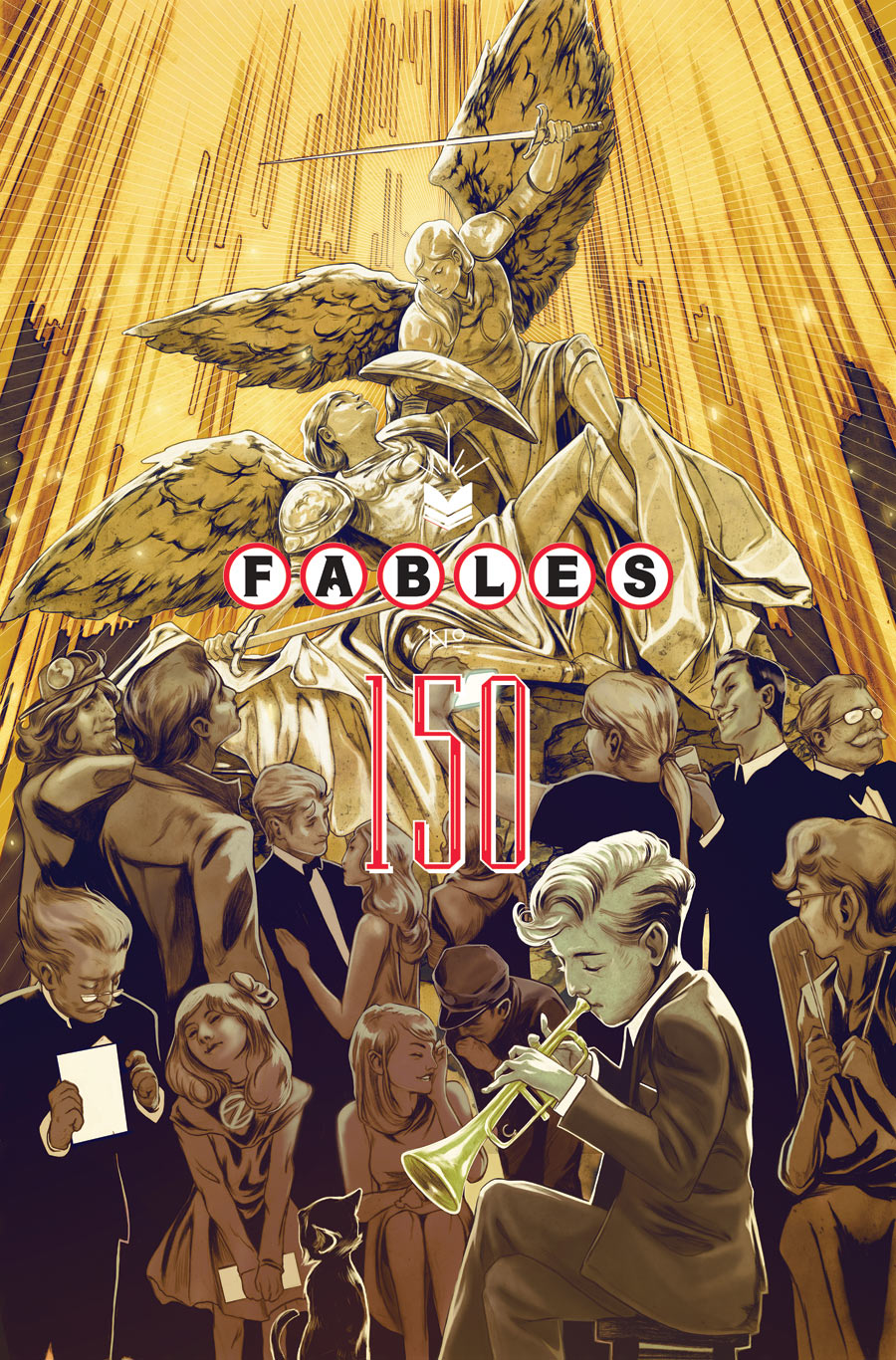 From worst to best of what I bought.

The quality of the bonus material in this is really, amazingly, egregiously shit. I think my favorite this time is once again the Neil Gaiman interview, which is five questions long and consists of questions like “What’s on The Sandman ‘s iPod,” a question that manages to find an impressive variety of ways to be stupid, including “why is the editor of this book referring to the main character as The Sandman,” “why are we still using ‘iPod’ as a cultural signifier in 2015,” and my personal favorite, “why did anyone think this was a good question to ask Neil Gaiman?” The only decent bit is the short Dave McKean essay about his process creating the covers. All in all, especially given the considerable number of months they have to pull these special editions together, this is one of the biggest rip-offs in comics at $4.99.

Surprised that this one ranks so low for me, but it completely left me cold. Can’t even particularly articulate a reason, although it doesn’t help that I have no real sense of who half the characters are. The Shroud has been appearing for a while, and I get the broad strokes but… nothing sparks for me about him and his plot. Ikari, I vaguely remember, but he seems to just be Daredevil who can see, which, OK, that’s kinda flat. This storyline was working as a operatic and inevitable Daredevil/Kingpin finale, but this puts the emphasis on the wrong parts of the story.

I found myself a bit lost in this one. Part of it is marketing; I’d expected something a bit more Neil Gaiman pastiche, and instead it’s very much the Gillen/Bennett Angela book filtered through the 1602 aesthetic, with very little of the underlying Gaiman remaining. Was less amused by the 1602 Guardians than I’d hoped from the cover. All in all, this was a bit of a misfire, though the five-page story-within-a-story was cute.

Actually out last week, but I missed it then and grabbed it this week instead. Turns out releasing your final issue as a trade paperback goes poorly for your regular readers. And is, all in all, a more than slightly ludicrous idea. It’s not fair to call it overdone or undeserved; much as it lost gradual steam over its run, Fables was a landmark series, and earned an unapologetically maximalist conclusion. But equally, after an extended final installment and (not kidding) fifteen epilogues, culminating in a gatefold spread to match the gatefold cover, not a single panel of which was even half as good as Legends in Exile, it’s tough to actually praise either. Like a double album a decade after a musician’s best work: you’re glad it exists, but you wish you hadn’t spent money on it.

Another solid installment long on hilarity and character bits, although a bit ruthless in terms of picking up after a six month absence; this does not feel like the first issue of a new story arc in the least. But that’s neither here nor there; it’s a new issue of Sex Criminals, and as wonderful as you’d expect given that.

There’s definitely parts of the plot here I’m having trouble keeping track of – in particular, I’m at a complete loss for anything that’s happening in the combat scenes besides the character moments. Though I suspect some fog of war is the point. In any case, that only sort of matters – it’s only the mid-size plot I’m losing. The broad strokes are pleasantly clear, and the issue introduces its POV characters well enough to flow on its own merits. Good stuff, in other words, and an effective demonstration of how to do a big, plot-heavy political epic as a serialized comic. I should sit down with the run so far and marathon it sometime soon, as I suspect I’ll really love it.

Man, I’d forgotten what Jason Aaron is like when he’s actually writing good stuff. Police procedural multi-Thor book is just a golden premise that’s almost impossible not to like. Unlike a lot of the Secret Wars books, this one keeps its central premise in tight focus, so it’s easy to keep up with the plot (a particularly big issue as Secret Wars gets stretched out – this is off until September now), using a neatly high concept murder mystery as a hook to keep things running. Effective and fun. Why can’t they all be this good?

Love the Batgirl/Gordon!Batman relationship, with Barbara cheekily giving her father advice and instructions and calling him a rookie. Love Tarr’s willingness to work with high panel count pages, which I really think give comics a lovely rhythm. All in all, really just love this book – good superhero fun with a strong aesthetic. Mildly astonished to find it my favorite book of the week, but I think that’s just an idiosyncratic week and my brain being particularly bad at remembering month-old plot threads this week such that this was about my speed.