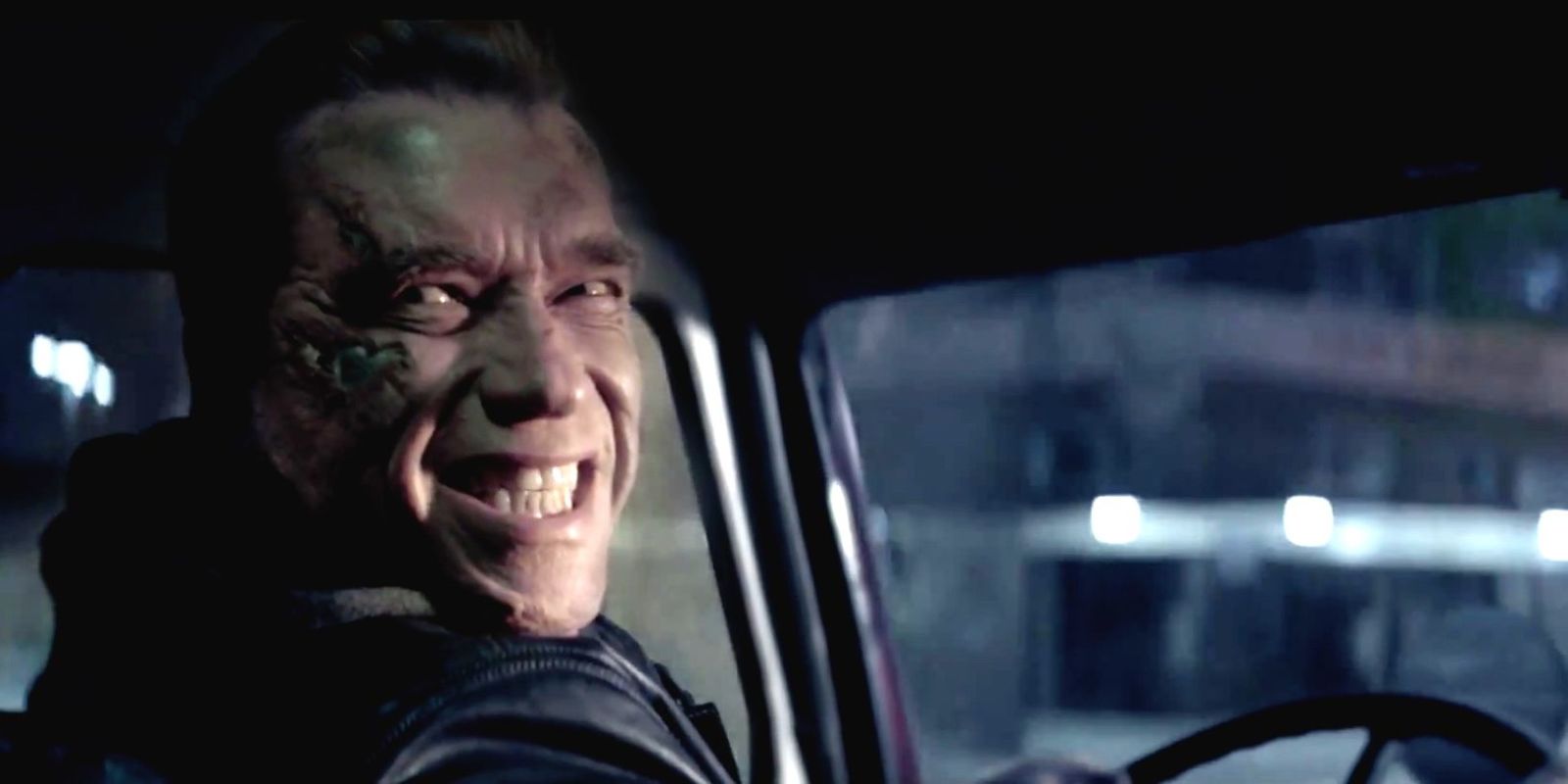 If you have somehow made it this far without seeing the last theatrical trailer for Terminator Genisys then I urge you to stop reading this now and go see the movie. There is a terrible spoiler in the previews for this movie and if you’re still pure in this regard go and don’t look back. Everyone else stick around because I am pissed.

I know that making a movie and marketing a movie are two different things that are done by two completely different sets of people and I imagine there’s little communication between the two. In the case of Terminator Genisys, the trailer people did the whole movie a great disservice when they put the most shocking twist in this movie, that John Connor is transformed in to a Terminator, in to all of their advertising this spring. I bet that reveal would have been something special if I hadn’t seen it on TV a dozen times the week before release. It takes a movie that could have been mind-blowing and shuttles it off the world of enjoyable competent action movies and that’s a crowded place.

There are many completely enjoyable action sequences in Genisys. Some of them feel as if they’re lifted liberally from the previous movie in the series but very few film franchises are actively improving their repertoire in their fifth installments. Elevator doors are pried open by liquid metal hands, car chases have larger than usual vehicles involved, Los Angeles has a conspicuous number of exotic industrial facilities that are also abandoned so fights can take place, they play all the hits here.

I know it’s foolish to look for continuity in a franchise with as checkered a history as Terminator has had these past 24 years but I wish they had settled for at least a consistent visual aesthetic. The Sarah Connor of Terminator 2 was a woman who was scared by the vision of the future she was given seven years earlier and turned her body in to a weapon to fight against that future. Linda Hamilton looked like a living weapon in Terminator 2, like someone who could conceivably fight off an orderly or two. Emilia Clarke’s Sarah Connor was visited by a Terminator 11 years before the events of Genisys and is given her entire adolescence to prepare and I’m not sure I would believe she could go one-on-one with a firmly stuck-on jar lid. We’ve seen this character react to these stimuli before and to see her develop in such a radically different way is confusing and frustrating. Yes I understand that we can’t expect an actress with a TV commitment to radically alter their physical appearance and that we should accept that she’s a badass because the movie tries to tell and show us these things (although I prefer my badasses to spend less time making moon eyes at hot soldier boys but whatever) but Clarke lacks the physicality to make it feel genuine.

I’d like to get up in arms about the story problems but I just can’t. Yes time travel movies always have problems but at one point in the second act John Connor tells Sarah it doesn’t matter if he kills her because he’s already traveling in time. I’m pretty sure the entire premise of this series is that if you kill someone’s ancestors it alters the timeline and they cease to exist. It doesn’t matter though, right? They needed a movie where John fights Sarah and it’s not like anyone out there actually knows how time travel works. There’s always going to be causality problems and why not just lean in to them and say “it works how we say it works whenever we say it works” it’s not like people are going to walk out, or even skip the next one, because the time travel got too wibbly wobbly? Terminator Genisys is a good enough movie to get people in to an air conditioned room to eat popcorn on a hot day, it’s a nice familiar move where lots of things blow up. Kind of like seeing an old friend after a long time and then a big office building blows up.