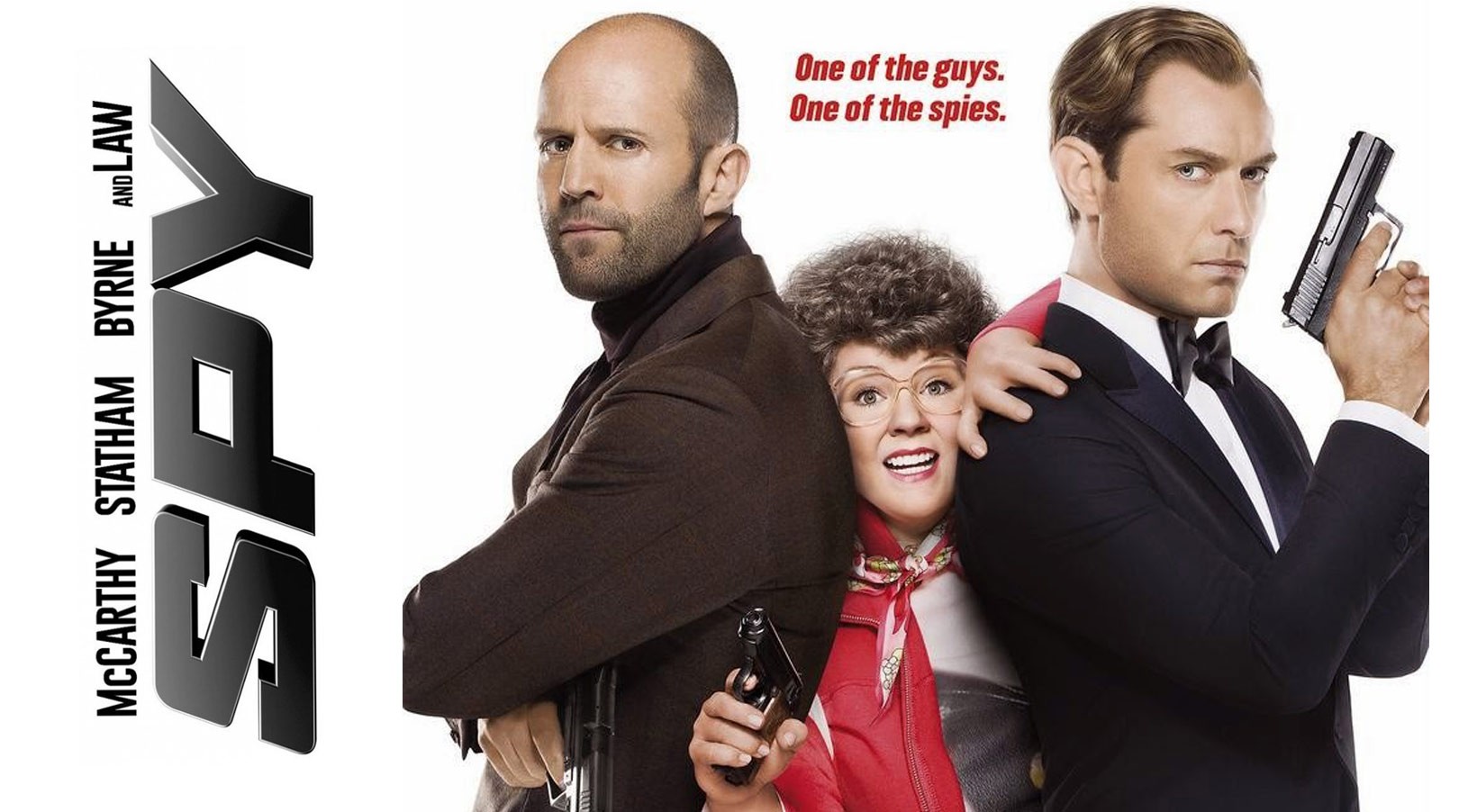 I wonder how many excellent movies we’ve been cheated out of by Melissa McCarthy’s commitment to Mike & Molly. I understand the appeal of a regular paycheck and the success of the show has led to McCarty being the highest paid actress in Hollywood but Spy is such a good movie and couldn’t she be doing two or three of these per year instead of one and a season of bad television? Spy is the funniest movie I’ve seen in years and it isn’t close. I laughed so often and so hard I’m sure that I laughed over important dialogue and even other jokes. It’s the kind of movie that can shift the paradigm of movie comedy in the way the Judd Apatow movies of the early 2000s did and it can even be the movie you throw in your idiot friend’s face when he starts going on about how women just aren’t funny.

It is easy to praise McCarthy’s work in Spy. She’s effortlessly funny, she hits her dramatic moments, and she has an amazing physicality. I think she’s literally perfect for this role and I’m still worried I’m underselling her here. I’m also impressed at how competent they were willing to let her character be, it’s very easy to get cheap laughs out of someone being bad at their job but Susan Cooper is a good spy because she’s smart and because she’s trained very hard. A weaker movie would have been a string of pratfalls and idiot bungling. This movie doles out the bungling much more sparingly and is much better for it.

The buzz I had heard going in to this film was that Jason Statham was the breakout comic performance of the film and I didn’t think that was possible. I knew Jason Statham was funny, I had seen his work with Guy Ritchie, I has enjoyed his work in the Crank films, I thought he couldn’t surprise me in this way and I was 100% wrong. Jason Statham is funny for pretty much every second he’s on screen. I don’t think he has more than a couple lines that aren’t punchlines. His delivery is impeccable. I can’t decide if I think this is just incredible direction from Paul Feig, or if working with McCarthy brings out the best in people, or maybe we’ve all been deprived of years of work from the most unlikely comic star since it turned out Channing Tatum could steal 21 Jump Street from Jonah Hill.

I could write a gushing paragraph about every actor in Spy, the cast is so consistently amazing, but I don’t really have the space or inclination so let’s cover a bunch of people right here. Rose Byrne is terrific, between this and Bridesmaids I would be quite content to have her, McCarthy, and Feig just do movies together forever. She doesn’t have the most original comedic voice in the world but she does what she does so well. I was not familiar with Miranda Hart’s work in the UK so it’s an awful lot like a fully mature talent just sprung up at me from the ether. She’s a scene-stealer and, this might not seem remarkable, but a very big out-of-the-ordinary character that I’m never unhappy to see on screen. Jude Law looks great in a suit and is very handsome and that’s all this movie asks of him. Bobby Cannavale should really work more because I’ve never not liked him in something. I was very sure Morena Baccarin was going to be an important part of this movie when she was introduced and was very sad when she was used only sparingly.

There were a few things I thought worked less well. They go to the “You look like” joke construction a few times too often. It seems to be a McCarthy staple at this point and in a vacuum they’re all funny but at the end of a two-hour movie they aren’t hitting as hard. Peter Serafinowicz plays an aggressively flirty Italian agent that I thought was deserving of maybe 20% of the screen time he was allotted and I ended up cringing through most of his work. There are a couple jokes that use slurs for seemingly no reason other than to shock and that’s not a style of comedy I prefer. I thought a moment at the end where Cooper and Rayna Boyanov make nice was unearned and is just trading on the fact that we know the two actresses have a history. These are very small marks on an otherwise fantastic movie and nothing is ever going to connect with all of their jokes.

Paul Feig is on quite a roll with his third consecutive very funny McCarthy-led hit. In a more cynical time I would wonder if one or the other of this pairing is leaning too hard on the other, if perhaps the success of one is a smokescreen created by the supreme talent of the other but that’s just not how I want to think about things anymore. This collaboration is something special and we ought to cherish it before one of the nefarious forces in Hollywood that destroys all good things comes for this one. I thought I couldn’t be more excited for Feig and McCarthy’s Ghostbusters remake but it appears I was wrong. Hell, Spy was so good you might even be able to get me to see The Peanuts Movie, God help us all.