Michael Davis: It’s Hard Out There For A Dick 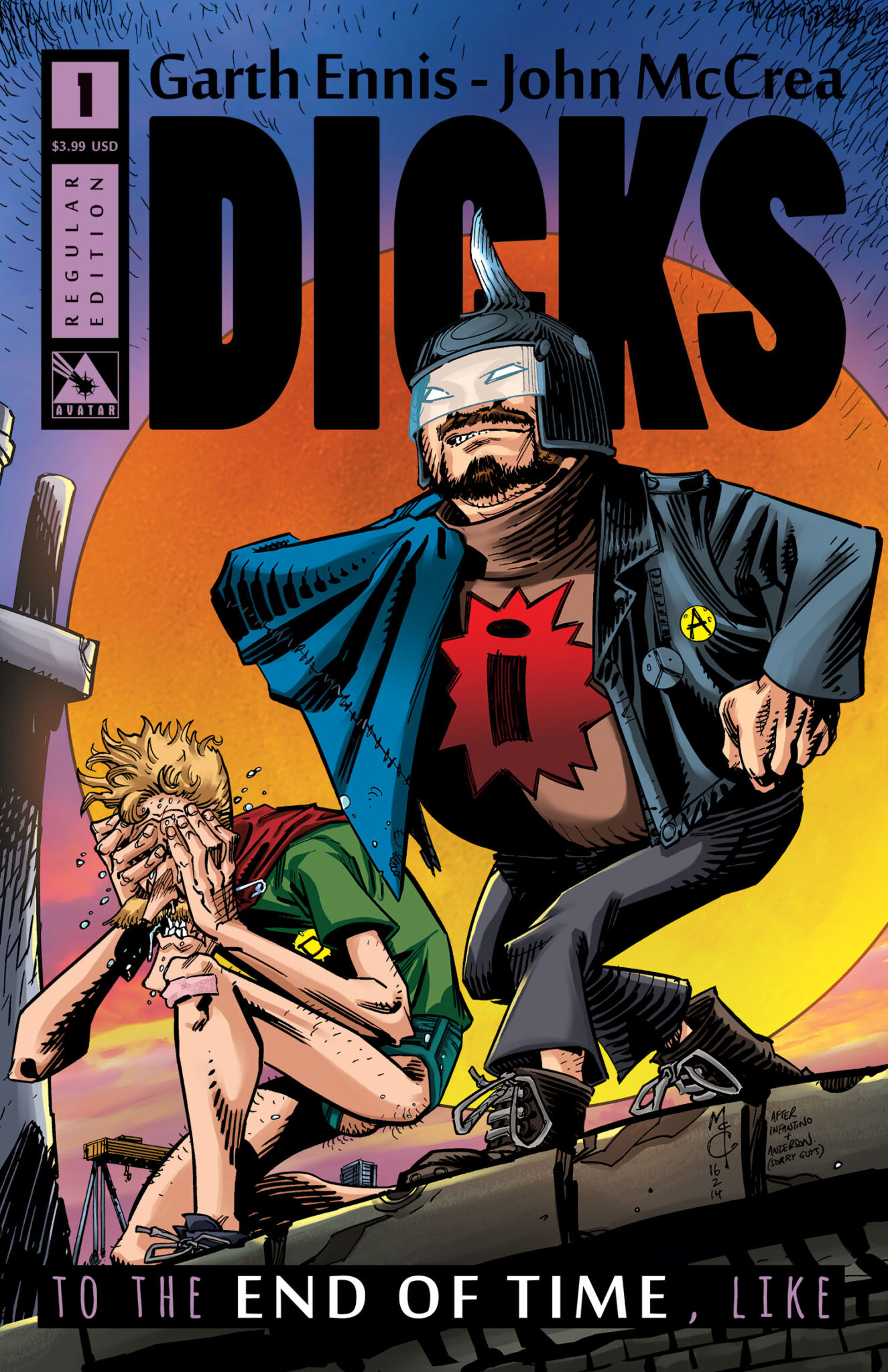 Or more to the point, a lot of people think I’m a dick.

Most times I’m of a mind to simply dismiss those clearly inferior beings, loudly and with purpose. Not so many years ago, nothing made me happier than to double down when those who opposed me dared call my conduct uncouth or outrageous and labeled me among other things, a dick.

I didn’t start off with the intention of being a dick. I didn’t even start off trying to be in comics Oh, my greatest wish growing up in the hood was to be a comics artist.

Technically, my greatest wish was to stay alive but being a comic artist was RIGHT behind that. Well, technically it was right behind not getting hooked on drugs or getting a girl pregnant, oh and avoiding being shot.

Let’s just say this, after surviving my environment; becoming a comic book artist is all I wanted to do. That was my plan and that plan didn’t include becoming a dick.

So, at the High School of Art & Design and the Pratt Institute I majored in illustration. My plan then was to become a big time illustrator.

That was my plan and that plan didn’t include becoming a dick either.

I can pinpoint the exact moment when I became said dick. I’d gotten a response to an article I’d written in Comics Buyer’s Guide. That article was about young artists who wanted to do comics.

I simply (I thought) pointed out common sense things when showing work to an editor:

This list (or something similar) was presented in a no joke, this is serious business manner. My underlying point was comics are a business and the sooner they get over that ‘fan boy’ fascination the better the chance they will have getting into the field.

I thought it was a pretty good, insightful piece, unfortunately some big time pros in the industry, didn’t. Led by a well-known woman artist, the chorus of what was ‘wrong’ with my article seemed a song the entire industry was singing.

This was almost 25 years ago so a lot of what I was getting was ‘who does this guy think he is’ blow back. The ringleader came up with what would become the rallying point of my first haters, she said I was a dream killer.

After that, I thought the comic industry was full of funky, stinky ass, smell like dogs when they get wet, white people. All I was telling young artists to do was brush their teeth and take showers.

Every black child ever born is told the following; wear clean underwear. That’s because in the unlikely event you’re hit by a car when you arrive at the hospital the doctors will know you’re from a clean household.

This was a far different comic book industry than it is now. This was an industry making money hand over fist and telling young artists they could just LOVE to draw comic and that’s what would get them a career was more than OK.

In response to the onslaught of negative review to my article and point of view, I did what I still do. I doubled down stuck to my guns and in the first of many ‘fuck you’ I’d issue to the industry I changed the name of my studio from Michael Davis Studios to Bad Boy Studios. Yes, before Diddy.

THAT’S when the ‘Dick’ was born.

I thought the attitude of those who opposed my common sense approach was just STUPID and would prevent many talented young artists from entering the field. But, who was I to dare challenge those I hoped to join? What was I thinking?

I was thinking I was right.

I was right and even faced with established professionals telling me I was wrong I stood my ground. I’m an illustrator and where I came from, what I told the comics industry was Professionalism 101.

Oh, and I WAS right.

That brings me to Static Shock and the sheer joy some are expressing that he’s in the Injustice game by way of a ‘Static Shock Challenge.’

Some people are so desperate; so hungry for a Static Shock appearance anywhere mainstream they will sign off on a pussy ass “bitch better have my money” pimp costume. The Static featured is the adult Static (I think) the design of the costume as well as his facial features are horrible.

Virgil looks like he did so much ‘Soul Glow’ he transported (make that SLID) back to the fucking 80’s. I’ve been told it’s because the body is built on a standard body template and I’m not used to seeing MY character as a grown and about 30 other reasons I think Vigil looks like a pimp.

Funny, I have the Injustice game. Nightwing (once a teenage Robin) is an adult in the game, and he doesn’t look anything like a fucking Justin Bieber fucking clone all grown up. I’m amazed people are giving me MY reasons for disliking this.

Wrong, people, I dislike it because it SUCKS.

Static Shock was one of the most successful animated series ever. Its on the air somewhere now and has been since its debut in 2000. In all that time (really since 1993 when he burst on the scene) there has been NO Static Shock merchandise.

NO TOYS FOR A HIT CARTOON.

Wait a sec…no costumes? Doesn’t that make those action figures…dolls?

So, here I am being a dick again. I should just shut the fuck up. Right?

Since the show went off the (STILL WITH HUGE RATING) they haven’t put Static Shock in a regular game, TV series or movie despite his worldwide appeal. Why? I won’t mention the obvious because it’s so fucking obvious beside it’s not that– if a part of the stupidly it’s a small part.

Yeah, he’s going to be in a live action web series and he’s a part of the Injustice game. Guess which ethic group uses the net the least? That would be Black people so reaching kids of color with heroes that look like them is a wee bit harder that way.

But he’s still in a video game! He’s a ‘challenge’ and not part of the regular game play that’s something right? So what if he looks like Eriq La Salle in, Coming to America IF La Salle was a Jerri curled pimp. He’s still in Injustice!

Well, if anyone should be in a game called, Injustice, it’s Static.

The powers that be still show little respect for the character or the fans. Goggle the massive amount of fan love from all over the world. From fan films to petitions to get Static back on the air the appeal of the character is nothing less than astonishing.

If you consider there was no real help to speak of from Warner Animation and more importantly, Warner Consumer Products, astonishing is no longer a big enough word.

Now that’s that these ‘massive’ moves are happening I should just be happy for the fucked up look assigned to the adult Static, which by the way is NOT the Static millions of fans fell in love with. Why on earth would you want to use that one?

Hell, why use a condom? She won’t notice it’s a balloon she’s an idiot. And you? You’re a daddy.

Perhaps now Reggie and Denys can get the deals I once (LONG but GREAT STORY) had but due to circumstances beyond my control had to let go.

Translation, yeah it was a little of that and a lot of ‘who the fuck did I think I was’ just like 25 years ago when I was a dick and stood my ground because I was right.