Now if they tie this in with the Marvel one shot villain Crazy Eight, I’ll be impressed. 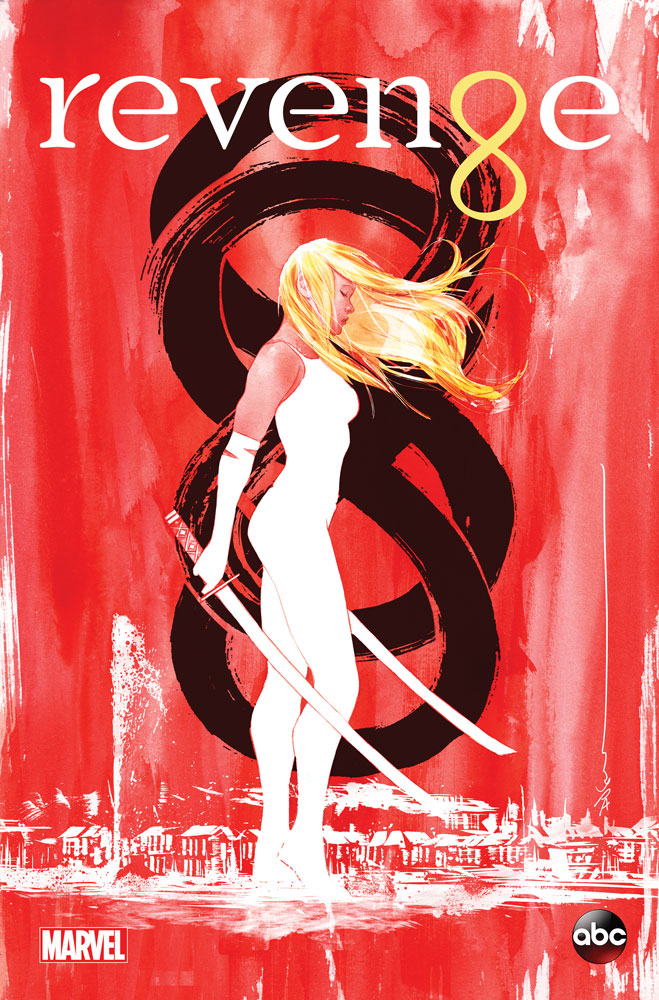 In “Revenge”, Emily Thorne is a recent addition to the Hamptons social scene – a beautiful, wealthy woman who appears to be nothing more than a good-natured philanthropist. She’s moved next door to the powerful Grayson family, and has begun immersing herself in their world.

But there is more to this girl than meets the eye.

Emily Thorne’s real name is Amanda Clarke. At the age of nine, the Graysons and their elite social circle framed Amanda’s father for a horrific crime he didn’t commit. Now, twenty years later, Amanda has returned under an assumed identity to wreak havoc on the lives of those who stole her childhood and betrayed her father.

REVENGE: THE SECRET ORIGIN OF EMILY THORNE follows Amanda as she sets out on her first mission ofrevenge. After training in Japan, the untested heroine finds herself infiltrating a high society of excess and intrigue in Geneva, Switzerland. There, she uncovers new secrets about her past while preparing for her future.

However, it’s a future that will be short-lived unless Amanda can figure out a way to take down a surprising enemy with ties to the same people who destroyed her life.

Emily’s meticulous and vengeful path was not without a learning curve. Writer Erica Schultz says, “This story takes us way back to before Emily had any experience in her ‘takedowns’. She makes mistakes. She learns from some of them, but, as you’ll see, she has a hard time learning some lessons and fans of the show will be pleased to pick up on a few Easter Eggs hidden here and there.”

“Emily is a comic book character!” exclaims “Revenge” series writer Ted Sullivan. “She has a secret identity. She’s poses as a rich socialite who exacts revenge for a childhood tragedy. Even her famous dark “hoodie” is a type of superhero costume. She has all the classic comic book tropes that make her and her adventures a perfect fit for an original graphic novel with Marvel.”

With a mix of action, suspense, romance and revelations, REVENGE: THE SECRET ORIGIN OF EMILY THORNE is a thrilling ride into the previously unexplored past of television’s most dynamic – and dangerous – girl next door.

REVENGE: THE SECRET ORIGIN OF EMILY THORNE will arrive in comic shops and bookstores everywhere on September 3rd, 2014.