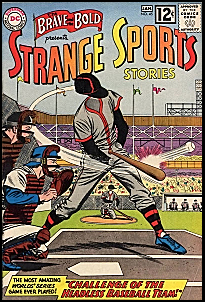 Went into the living room this morning, looked out the big window and… what do you know? Snow! That was four or five hours ago and it’s still coming down: small flakes, but a lot of them. I guess we should be thankful that this weather wasn’t happening Sunday, because Sunday, as some of you may have heard, was the day of the Big Game, which was played at New Jersey’s Meadowlands, which is a quick drive to New York City (unless Governor Christie’s minions are conducting a traffic study) and New York City is a quick trip to where I’m sitting and so I’m guessing that the snow’s falling on the Meadowlands as it is falling here and if that had happened yesterday it might have interfered with the game. And wouldn’t that have been the worst, most horrific, most devastating, civilization-crumbling event in recorded history?

Oh sure, I guess the Meadowlands has guys who tend to the playing field and maybe they could have made it playable, but still… And imagine being a fan huddling in the stands. No matter how big your thermos full of hot coffee might be, you’d be cold! And being cold might have interfered with your enjoyment of the game and that might have wreaked psychological trauma upon you, leaving you a quivering shell of your former self.

The Broncos lost. That was the team I was rooting for, though not rooting very hard, because although I’ve visited both Seattle and Denver within the last year, I was in Denver most recently – ergo, the Broncs are my guys!

(By the way… Colorado recently legalized recreational marijuana and what happens? Their team gets clobbered in the Super Bowl. So the right wingers must be… er – right. Go ahead, quarrel with logic!)

Oh, wait, yes. Comic books. This column – hell, this entire website – is supposed to be about comic books. Not football, not Governor Chris Christie, not the lovely snowfall – comic books! So, could a canny blathermeister somehow mix football and comics? Well. I do believe that everything is related, but putting those two topics together in the same column might be a challenge. Comics have never been much about sports. There were a few sports-themed comics in the 40s – All Sports and Babe Ruth Sports, to name two – but not many. And later? The pickings are sparse. DC published six issues of Strange Sports Stories in 1973-1974 that, under the editorship of Julius Schwartz, conflated sports and science fiction. Let’s give it a “nice try.”

So why the de facto segregation? Maybe the stereotype is valid; maybe humans who enjoy reading aren’t often the same humans who enjoy violent contact games. Enormous generalization, sure, but maybe one with a grain of truth buried within it. Or maybe the creative folk never sussed out how to do sports in panel art narrative. Maybe the timing was never right. Maybe maybe maybe…

…I’ll write about something entirely different next week.