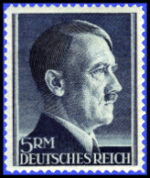 One of the rights comics creators have been fighting for lo these many decades has been obtaining ownership of their work, or at least getting some control and a decent percentage. We think this is fair and necessary… as do even a few modern publishers.

Much of this revolves around how our copyright and trademark laws work. Neither are elegantly written – go figure – and our copyright laws are and have just about always been woefully outdated. Given the ludicrous growth in technology, this is likely to be true for a long, long time. The good news for creators is that these laws are understandable (by and large) and all talent, no matter what media helps pay their rent, should read these laws very carefully. If the laws sound like they were written in Klingon, there are plenty of resources out there to help you.

So… I’ll make it easy for you. Check out this website: http://www.uspto.gov/faq/trademarks.jsp.

Which brings me to a story.

One artist who was particularly knowledgeable about trademark and copyright law was an odd guy named Adolf Hitler. He sort of looked like Moe Howard, but he spoke more aggressively. Oh, and unlike Moe, Adolf wasn’t Jewish… we think. But to be fair, he did do at least three things that were quite remarkable. The first was design the Volkswagen. Now, I wouldn’t drive a Beetle even if I won it in a contest and it came with an alluring model, but its enduring popularity is above reproach.

Second, he built the Autobahn. Hey, people had to have a road upon which to drive their bugs, right? The Autobahn was such a great idea that, after the war, President Dwight Eisenhower ripped the Little Vegetarian off and created our Interstate highway system. Ike (he was called “Ike,” after the Rube Goldberg comics character) did run the European theater of operations during the Big One so he knew the strategic benefits of such a network of roads.

Third, and most significant to my oft-derailed train-of-thought, Hitler trademarked his likeness. Then he mandated his visage must appear on German postage, posters and other official papers, including some currency. Adolf earned tens of millions of dollars off of this little maneuver. Combined with his Mein Kampf royalties, the Little Dictator make quite a substantial fortune off of owning his trademarks and copyrights.

Rest assured, Hitler’s family does not make any money off of this today. These rights are in the hands of the state of Bavaria and any income goes to charity. And the German government discontinued the Hitler stamps almost 70 years ago.