BREAKING: Peter Capaldi to wear clothing on “Doctor Who” 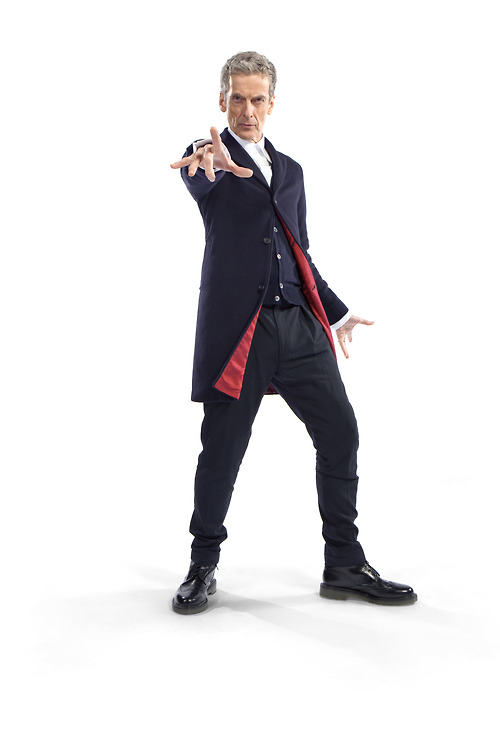 The BBC released today the first photo of Peter Capaldi’s costume for his tenure as Doctor Who.

Peter Capaldi said: “He’s woven the future from the cloth of the past. Simple, stark, and back to basics. No frills, no scarf, no messing, just 100 per cent Rebel Time Lord.”

Much of The Doctor’s character comes from the clothes he wears, from the very formal attire of William Hartnell, to the “Space Hobo” of Patrick Troughton, to the iconic scarf of Tom Baker.  This outfit bears some similarities to Matt Smith’s final outfit; sans the bow tie and the red jacket lining has already got everyone talking.  Like Matt and David Tennant before him, the outfit is simple, stylish, and doesn’t shout louder than the actor within it.

Hopefully it doesn’t clash with his kidneys.