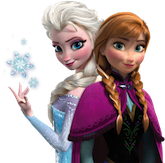 Few knew what to expect when Disney released Frozen on November 22 but it has turned out to be an iceberg of a film, swatting lesser features out of its path as it has earned a whopping $336,699,913  around the world.

The studio, celebrating the deep freeze the northeast is currently enduring, has released the song “Let It Go” in a new multi-language sequence, spotlighting 25 different languages.

In Frozen, fearless optimist Anna (voice of Kristen Bell) teams up with rugged mountain man Kristoff (voice of Jonathan Groff) and his loyal reindeer Sven in an epic journey, encountering Everest-like conditions, mystical trolls and a hilarious snowman named Olaf (voice of Josh Gad) in a race to find Anna’s sister Elsa (voice of Idina Menzel), whose icy powers have trapped the kingdom of Arendelle in eternal winter.