How much would you pay for Batman ’66 on DVD? 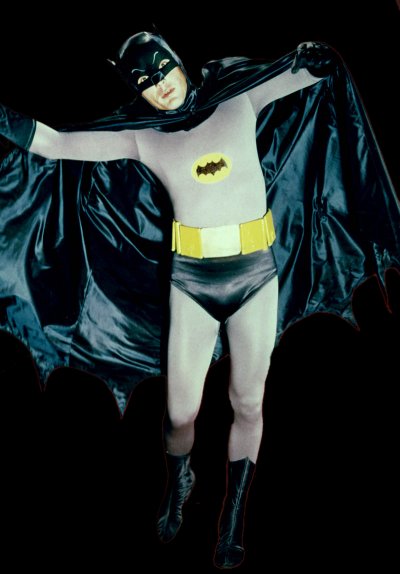 They’re going to have to make a difficult decision with the pricing on the release of Batman on DVD – do they go high and run the risk of people choosing not to buy it, or go low and maximize sales?

[[[The Twilight Zone]]] had a whopping 156 episodes (including a season of hour-long ones), and its box set is three hundred dollars, marked down to $161.  You’d expect it to be more, and it is, but it still comes out to a rather high $1.92 / $1.03 per episode.  But the TZ set offers a LOT of extras, including complete episodes of the recently produced radio series, adding value.  They made a no-frills set with no extras that comes out at only $1.08 / 82¢ per episode

So there’s no single formula.  If you go the high end of UNCLE at two bucks an episode, you’re looking at nearly two hundred and fifty dollars for the set, down to about a hundred if you go with Get Smart‘s ninety cents an episode.

We’re not sure how many special features they’ll be able to include either.  Adam West, Burt Ward and Yvonne Craig are all still around and happy to talk about the show, so they can do commentary.  But save for Julie Newmar and Eli Wallach,  none of the actors who played the major Special Guest Villains are around any more. There’s a number of second-tier folks who are still around – Lesley Gore if you want to reach a bit, and Sid Haig played one of King Tut’s henchmen.   Our own Glenn remembered a few more – John Astin and Joan Collins both played one-time villains – Astin played the Riddler when Frank Gorshin wouldn’t appear, and Collins played the enchanting Siren, and  Glynis Johns as Lady Peasoup, but whether or not they’ll be available for commentary is questionable.  Personally, I hoped that some clever-dick went and got some interviews with some of the actors under the assumption the DVD would happen some day, but odds are we’d have heard about them.

Odds are there’s not too much behinds the scenes footage, so save for an interview format documentary with the heroes (and almost certainly one called “Bat-Mania”), not too much else could be added.

Here’s the thing: Bat-fans have been clamoring for this series to come to video for decades.  The audience is guaranteed.  Only an exorbitant price could scare them away, convincing them to wait to the inevitable price drop.

My prediction? They’ll go for “Collector Sets”.  There will be a “basic” set with just the discs, which may still be upwards of $100, almost certainly over $75.  The special collectors sets will include a mini-statue, a prop replica, or maybe a special box.  I can envision a fold-out box designed to look like the utility belt.  That’s the one they’ll try to get two hundred and up for,

Assuming you’re not one of these hard-liners who swear you never watched the show (i.e., a liar) or just think it was too campy to warrant owning (i.e., another liar), what’s the top price you’d pay for the set?